Where has the summer gone?

I can't believe I haven't posted since July.  Although I've taken lots of pictures of our mildly amusing summer adventures, I haven't finished even one of the projects I promised myself I would work on.   Now that my children are back at college and our life has resumed its quieter pace, I'm hoping I can get back into the groove.
This is the first time since we moved into our summer house in 1976 that we have spent the entire summer there.  My Viking daughter loves the lighthouse at Montauk Point which is at the end of the South Fork of Long Island.  She climbed the tower twice this summer.  She would have visited more often, but at $8.00 to visit the lighthouse and $8.00 to park it adds up to an expensive hobby.  When you are at the point, the next stop across the Atlantic is Portugal. 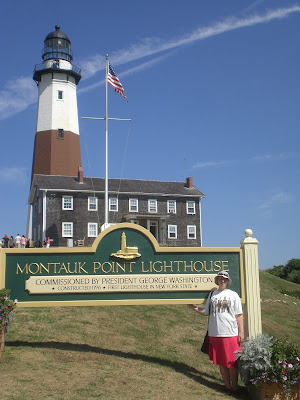 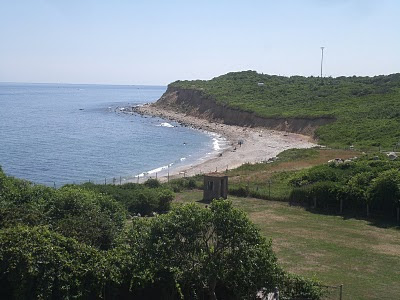 This is the view from the top of the hill outside of the lighthouse.  The cement guardhouse was part of the Coastal Defense System during World War II.  A Nazi submarine actually dropped off a few soldiers who were planning acts of sabotage in New York City just of here in Napeague.  They were detected by some local fisherman and picked up before they could do any harm.  Just beyond the bluff is Camp Hero which still has the cement bunkers that housed large canons ready to defend the East Coast. 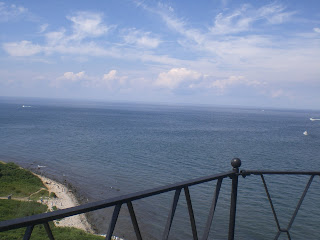 This picture was taken from the window at the top of the lighthouse looking out toward Block Island Sound. 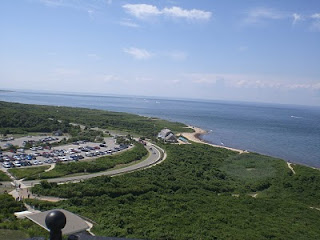 This view from the same window looks toward the Montauk State Park.  The building on the hill to the right of the parking lot is a concession stand/gift shop. 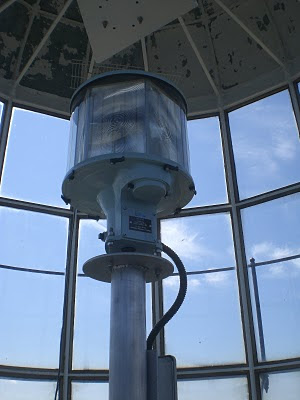 The lighthouse is still an important navigational aid for ships on the East Coast.  This is the light in the top of the tower.  The original lamp was fueled with whale oil. 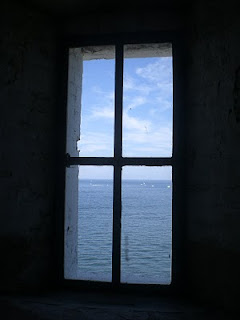 This is the view out of one of the windows in the tower.
When we visited Cape Cod in May, I was enthralled with the lighthouses.  It's wonderful to know that we have this fantastic national treasure commissioned by George Washington right in our own backyard.  Well, it's about 20 miles away.
Posted by KatieQ at 4:48 PM 2 comments: