Catching Up With The Rainbow Scrap Challenge - Red for July

Although I have been busy making blocks, I haven't had a chance to post them this month.  I don't have many red scraps and my stash also seems to be lacking in red, but I found enough to add to my RSC blocks. Below are some Happy House blocks, a Mod Cabin, a Dottie Block, and some four patch blocks. 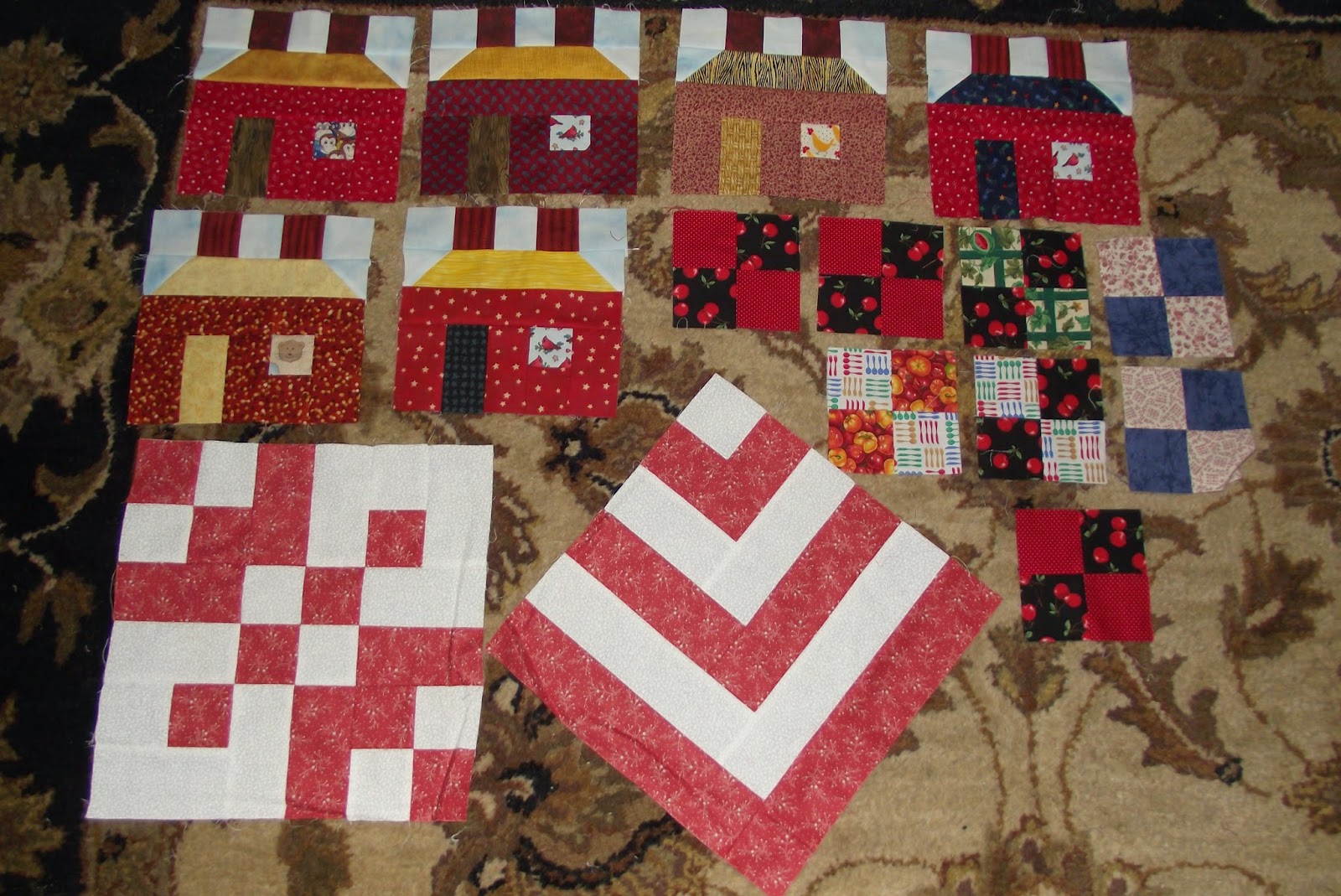 I added a red row to the Rainbow Chevron quilt. 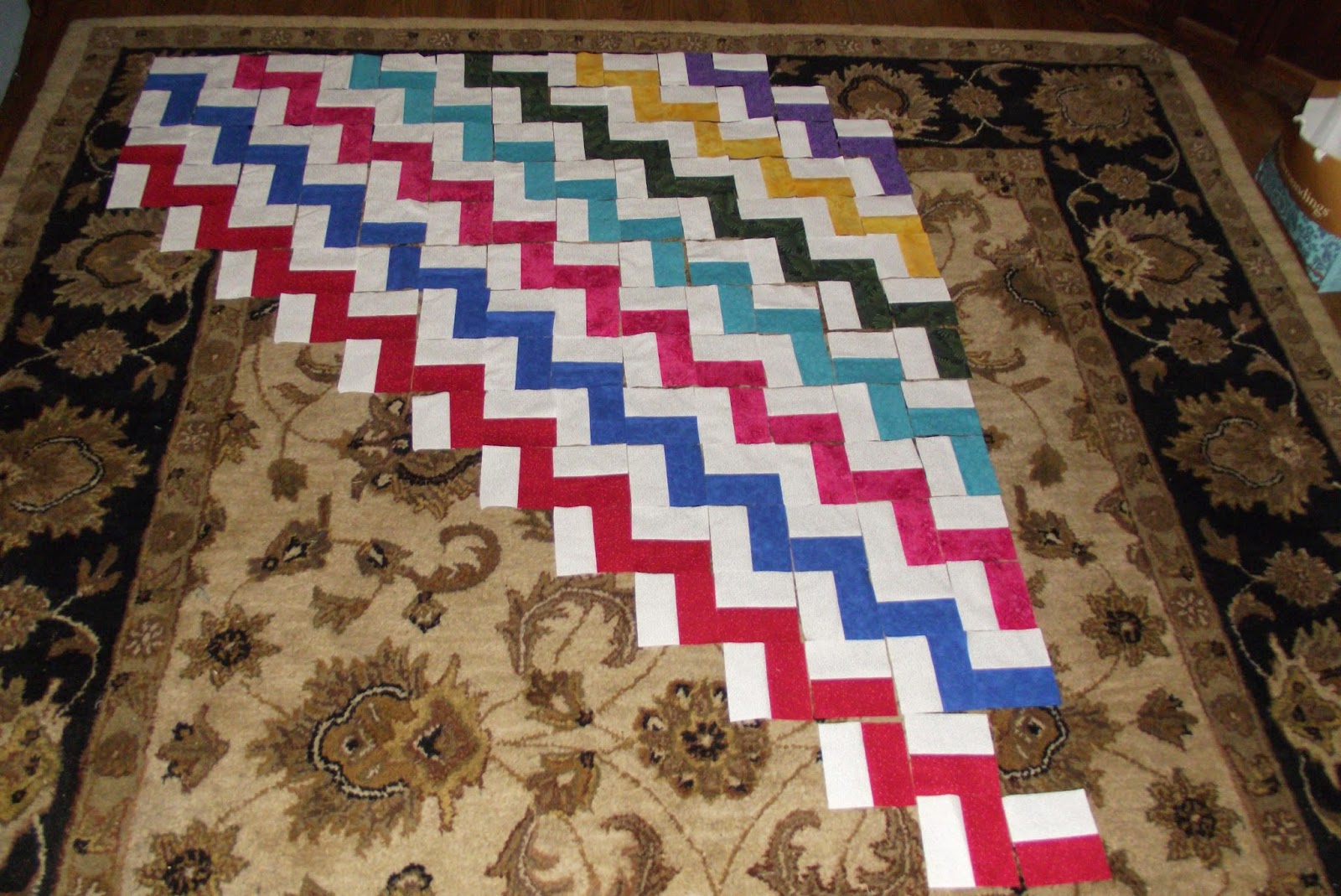 Last year, I made postage stamp blocks each month for the Rainbow Scrap Challenge.  I really liked the way the red and white blocks looked and thought I would like to make an entire quilt with those two colors.  I revisited the idea this month, but decided I would prefer an antique look so I chose to use cream, tan, beige, or cream on cream fabrics instead of white.  This will be a long term project adding blocks as I accumulate more red scraps. 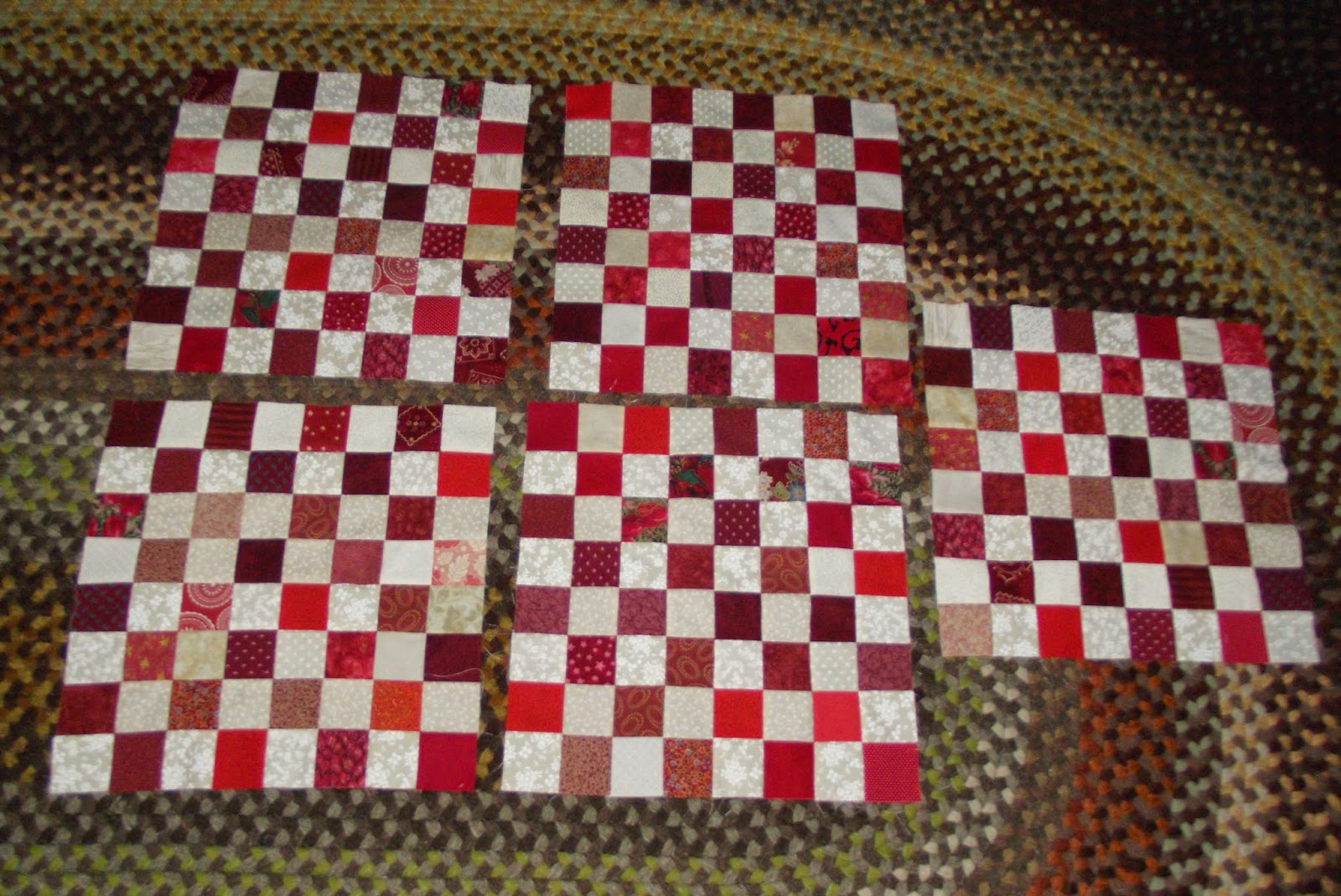 I haven't been consistent with making the Happy House blocks so I have been catching up with some of the colors I missed. 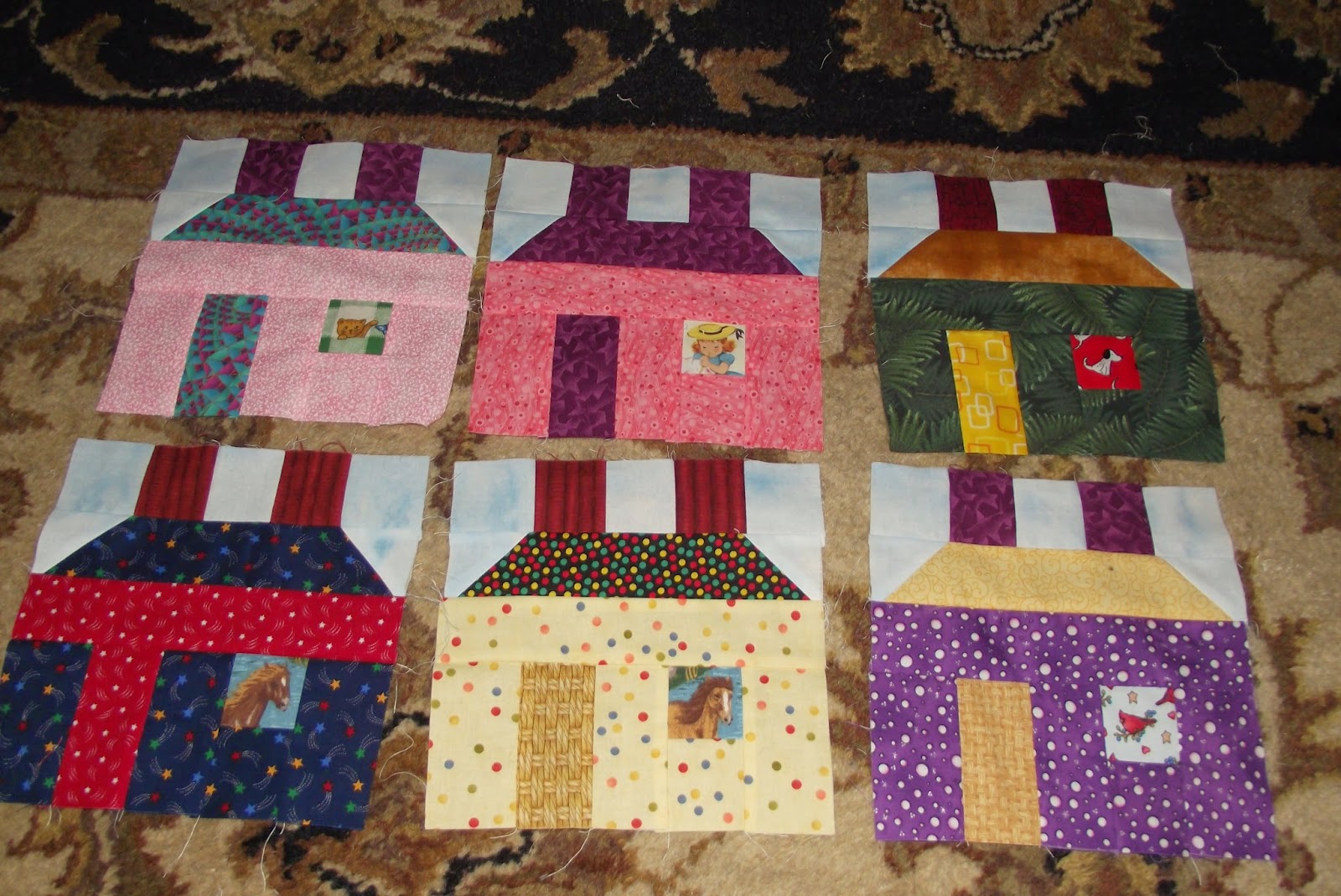 I also added to my Garlic Knot, Mod Cabin, and Dottie Blocks with colors I missed in previous months. 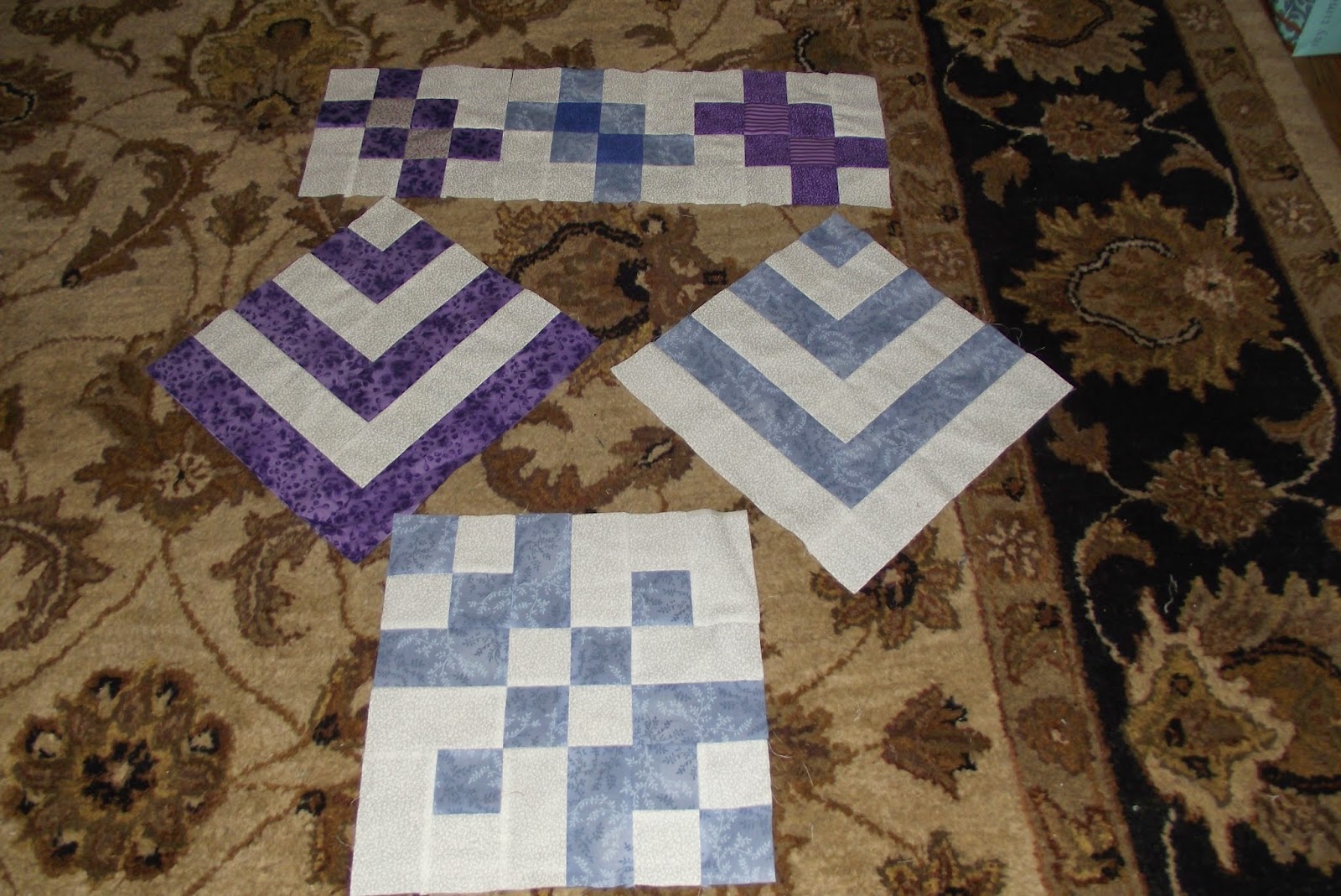 I have three quilt tops that are almost finished.  Hopefully, I will complete them this week.  The goal this month for the 350 Blocks Project at Prairie Moon Quilts is thirty. With 33 blocks already completed, I've already surpassed the goal with another week to add to the total.
I'm linking up with other Rainbow Scrap Challenge quilters over at Angela's So Scrappy Blog.  There are lots of great projects to see.