My daughter's summer job ended on Friday so we drove to scenic New England to pick her up at her new apartment.  She is rooming with two young women who are also studying at the university.  We haven't met them yet, but one is from China and finishing up the research for her PHd in Chemistry and the other is from Venezuela (although currently a resident of Texas) starting her Masters in Education.

Since we only have a few days before my son's wedding, we decided to make the most of it and headed to our summer house on Eastern Long Island.  We took a short cut.  Instead of driving all the way to NY City and back out to Long Island, we drove from Massachusetts to New London, CT and took the Cross Sound Ferry to Orient Point, NY which is at the eastern tip of the North Fork (the shorter end) of Long Island.  The ferry ride is 1 hour and 20 minutes. We live on the South Fork, 2 smaller ferry rides across Gardiner's Bay or a drive around to the other side. 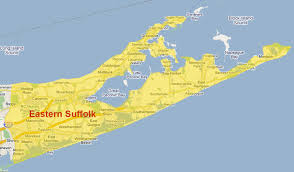 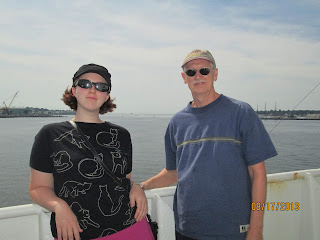 We arrived at the ferry long before our reservation so they offered to put us on an earlier boat.  Of course we were delighted.  It wasn't until after we boarded that I had my own reservations about the trip. We were the last car they squeezed aboard. 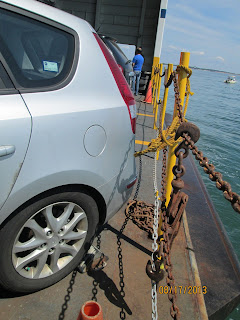 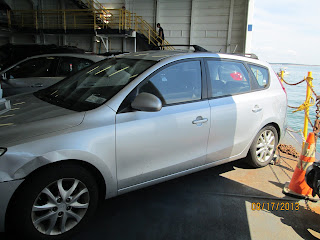 How can she smile when my poor car is in peril? 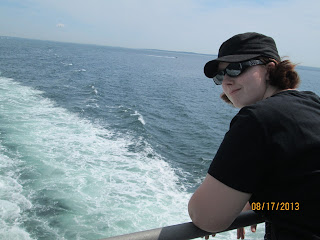 This is the Orient Lighthouse, also known as "Coffee Pot,"  as seen from the ferry.  The lighthouse is currently for sale.  Last year's bid of $100,000 fell through when the East End Seaport Museum realized that they would not be able to raise funds for the upkeep.  If you are interested, the highest current bid is $10,000.  Please keep in mind that  under the National Lighthouse Preservation Act, you would not be permitted to tear down or make any major changes to the structure. You will also be required to allow the U.S. Coast Guard access to maintain the light. The restrictions take some of the fun out of it.  On the plus side, it is 45 feet tall,  has 3 floors of living quarters and 2 watch decks.  Not to mention the wonderful sea breezes especially during hurricanes. 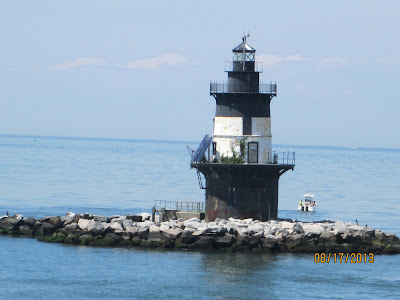 This is Plum Island lighthouse located on the west end of Plum Island.  The lighthouse was deactivated in 1978.  Plum Island is owned by the US Department of Homeland Security's Animal Disease Center and is a restricted area.  It can only legally be reached by a restricted, secure ferry from Orient Point.  Fishermen who have landed on the shore during storms or boating problems have been ushered into a decontamination area where they have been washed down and had their clothing confiscated.  Don't worry they give them Tyvek suits to wear.  Because of it's isolated location and the fact that it is not in an animal raising area, research on Anthrax and other diseases has been successfully carried out here.  The federal government would like to sell the island and use the proceeds to fund a new testing site in Manhattan, Kansas. The value of the island was estimated to be in the $50 to $80 million before the current real estate market downturn.  There is concern that the need for extensive cleanup as well as the stigma of being a former disease experimentation lab and the possible restrictions on the property would not generate enough profit to make it worth the government's effort. I will be sad to see it go.  Local lore is full of funny, if apocryphal, stories about the island.   (I assume that after posting this, Homeland Security will now be monitoring my blog.  Welcome!  I can always use new followers). 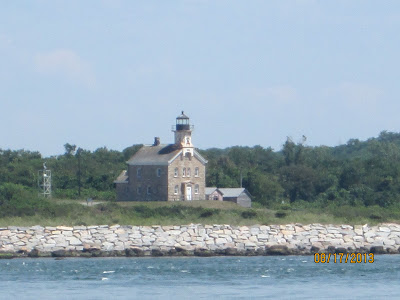 
Orient State Park has been named a National Natural  Landmark.  The 45,00 feet of frontage on Gardiner's Bay, salt marshes and rare maritime forest are a treat for anyone who enjoys spending time in nature.   We started visiting the park almost 40 years ago.  At that time, it was a hidden gem and its out of the way location kept the amount of visitors low.  When we visited, there would only be a handful of cars in the parking lot.  With the advent of wineries in the area and the building of Indian gaming casinos across the Long Island Sound in CT, more people discovered the park.  It still maintains it's serene quality and  pristine natural trails.  One unexpected treasure at Orient is the Prickly Pear Cactus.  If you are there in early summer, you can see the yellow flowers covering the low growing arms.  Who would have guessed there are cactus growing in NY? 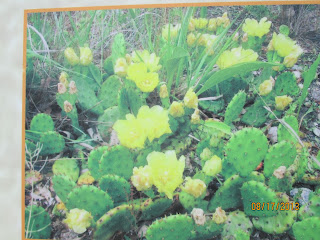 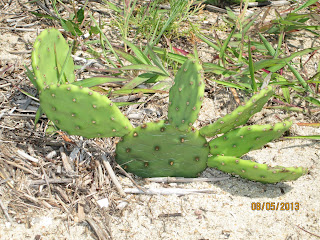 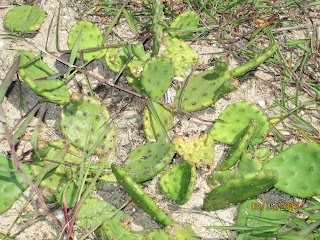 In this picture, you can see the edible knobs of fruit on some of the cactus.  I have never tasted the jelly, Orient is a State Park and a National Natural Landmark so the fruit cannot be picked.

To inject some quilt related news, you can see the fabric from 2 scrap bags I purchased at one of my favorite shops.  Pieceful Quilting was located next to the aquarium in Riverhead, LI.   Unfortunately their scenic location was in the path of Hurricane Sandy and the shop was flooded.  It wasn't the first time that they sustained hurricane damage and the insurance company was not amused, so they moved.  They are located in what they refer to "as just down the road,"  Calverton, NY.  In truth it is way off the beaten path and I am not sure I will continue my annual pilgrimage to visit the shop.  I may reassess my view when they host their planned  class with Victoria Finlay Wolfe of Bumble Beans.

The bags were $8.95 each and loaded with beautiful, high quality fabrics.  The fabric on the left in the blue pile has 5 cuts of almost full 1/2 yard pieces and a few smaller bits of the  same batik. There is also a generous amount of the dotted fabric 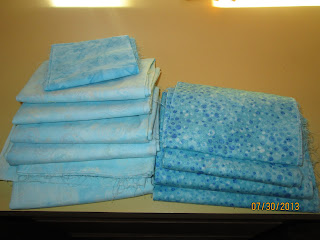 \
The yellow/brown pile has lots of "Dimples" and tone on tone prints.  It looks smaller than the blue pile, but is just as generous. 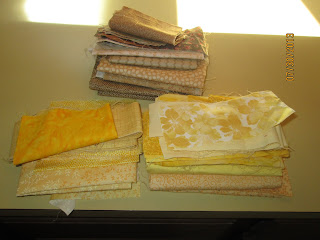 Sorry for the long post, but I want to keep my new followers at Homeland Security up to date on all that I am doing.