I have come to the realization that the primary reason I have so many stubborn UFOs hanging around is because I have ceased to like them.  It's hard to devote the time to finishing something you really don't care about.  I first blogged about my black/white/red quilt back in March of 2010.

First I decided the red batik I chose for the sashes and border had too much black in it.  Then I thought that the stripes looked boring.  In an effort to save the project and avoid wasting the fabric, I bought a brighter red batik.  Then I decided to take the strips apart and turn them into 4 patch blocks.  Today, I completed the top and like the results.  When it's finished, it will be traveling to Romania as part of the Hands 2 Help Challenge.  The colors are more vibrant in person, but it was too gloomy outside to take pictures today. 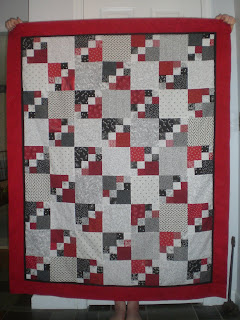 I still have lots of strips left over to make another quilt with. 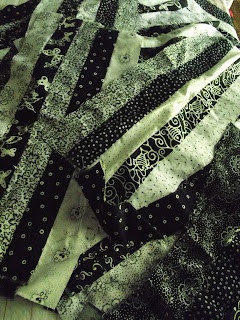 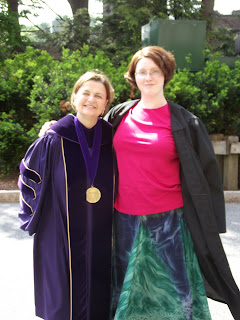 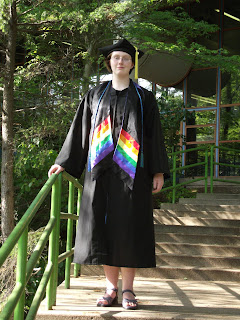 She has great credentials and attended one of the top Liberal Arts Colleges in the country, so hopefully there will be something on the horizon.  In the meantime, it's great to have her home.
Posted by KatieQ at 12:01 PM 3 comments:

Sorry, these items have already been given away. I will be having another giveaway next week.


Jana over at Adventures of a Cross Stitch Drama Queen  is encouraging quilters to work on their Halloween projects in June rather than later in the year when everyone seems to get busy.  I think it's a great idea.  Unfortunately, I don't have any Halloween projects ready to work on at the moment.  I do, however, have some Autumn/Halloween panels that I bought as part of a "Panel Surprise" sale bag from the Fat Quarter shop a while back.  They are calling out from my fabric closet and begging to be released.  If you would like to celebrate Halloween in June by making something with one of these lovely panels, please leave me a comment and I will mail you one.  Sorry,  I will only post to the US or Canada.  Please make sure you are not set as a "No Reply" blogger, if you are, leave your email or I will not be able to reach you. 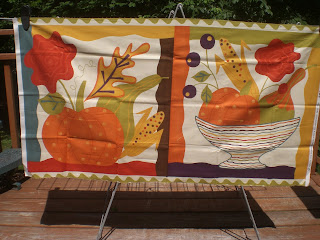 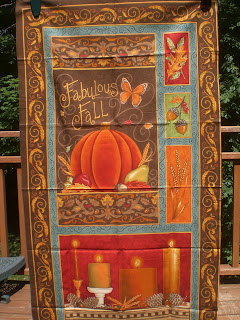 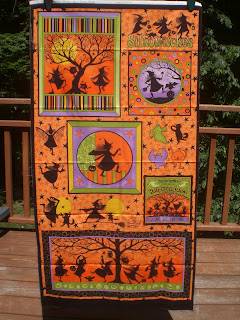