Thank you to everyone who inquired about my beautiful daughter-in-law and sent prayers and kind thoughts.  She was released from the hospital last Monday night, but returned today to have a plate and screws inserted into her foot to hold it together.  They had to delay the surgery until the swelling went down.  She has been in a lot of pain, but the surgery today went well and the doctor thinks she should be able to put weight on her foot in six to eight weeks.

Last Saturday was an exciting day for me.  After a week of hospital sitting, I attended an all day quilting retreat sponsored by Christie's Quilting Boutique and the Modern Quilt Guild of Connecticut.  There were unfilled spaces so the guild opened the event to non-members like myself.  It was held at a Church in Darien, CT and the special guest was Kate Spain.  I love Kate Spain's fabrics.  As hard as it is to believe, she is even lovelier than her fabrics.  Her friendly and gracious manner had the crowd eating out of her hand.  I wanted to have a photo taken with her, but no matter how hard I tried, some old lady in a grey sweater kept getting in the way. 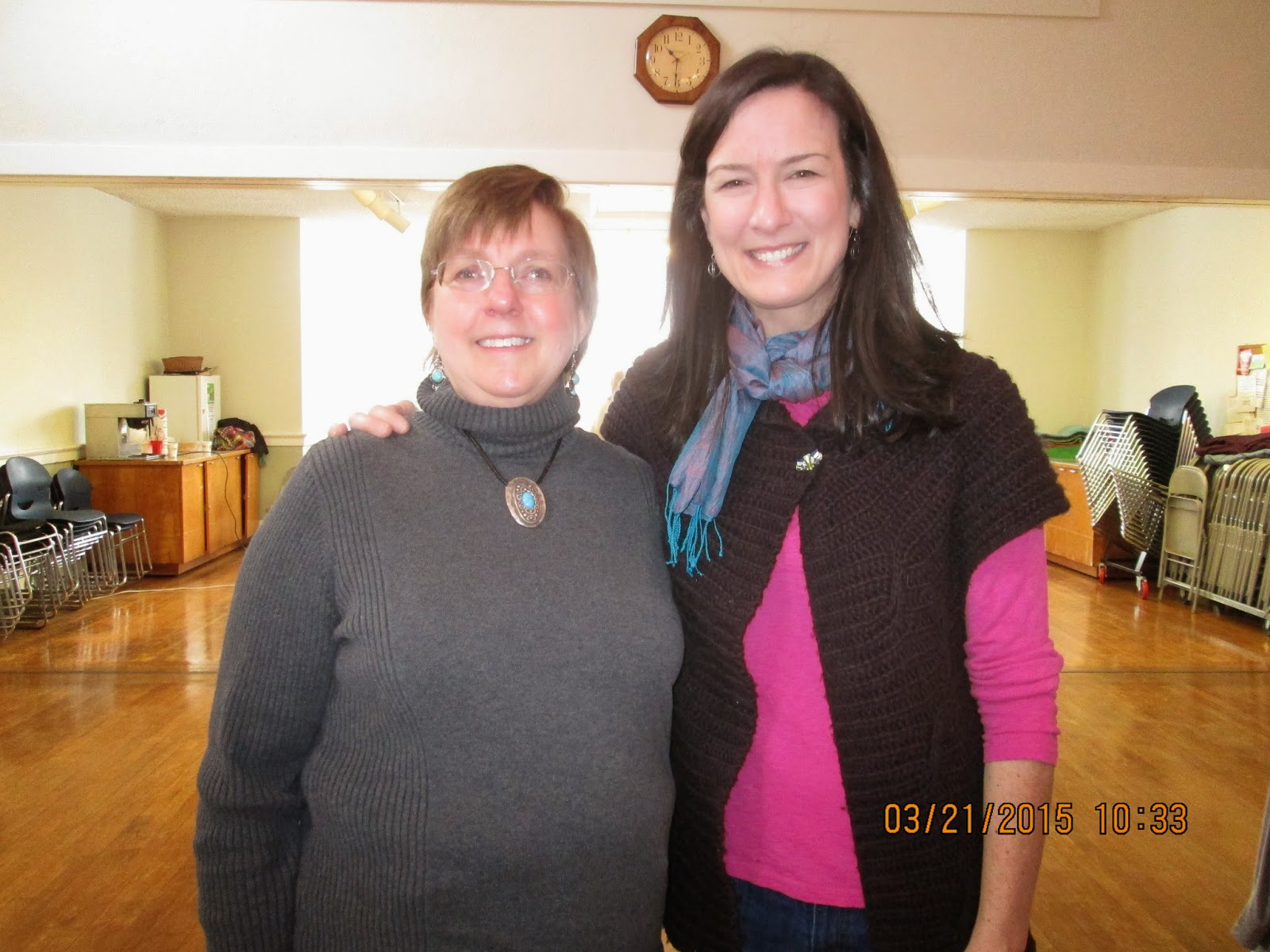 Kate brought lots of beautiful quilts to show, visited with all of the quilters and asked about their projects. 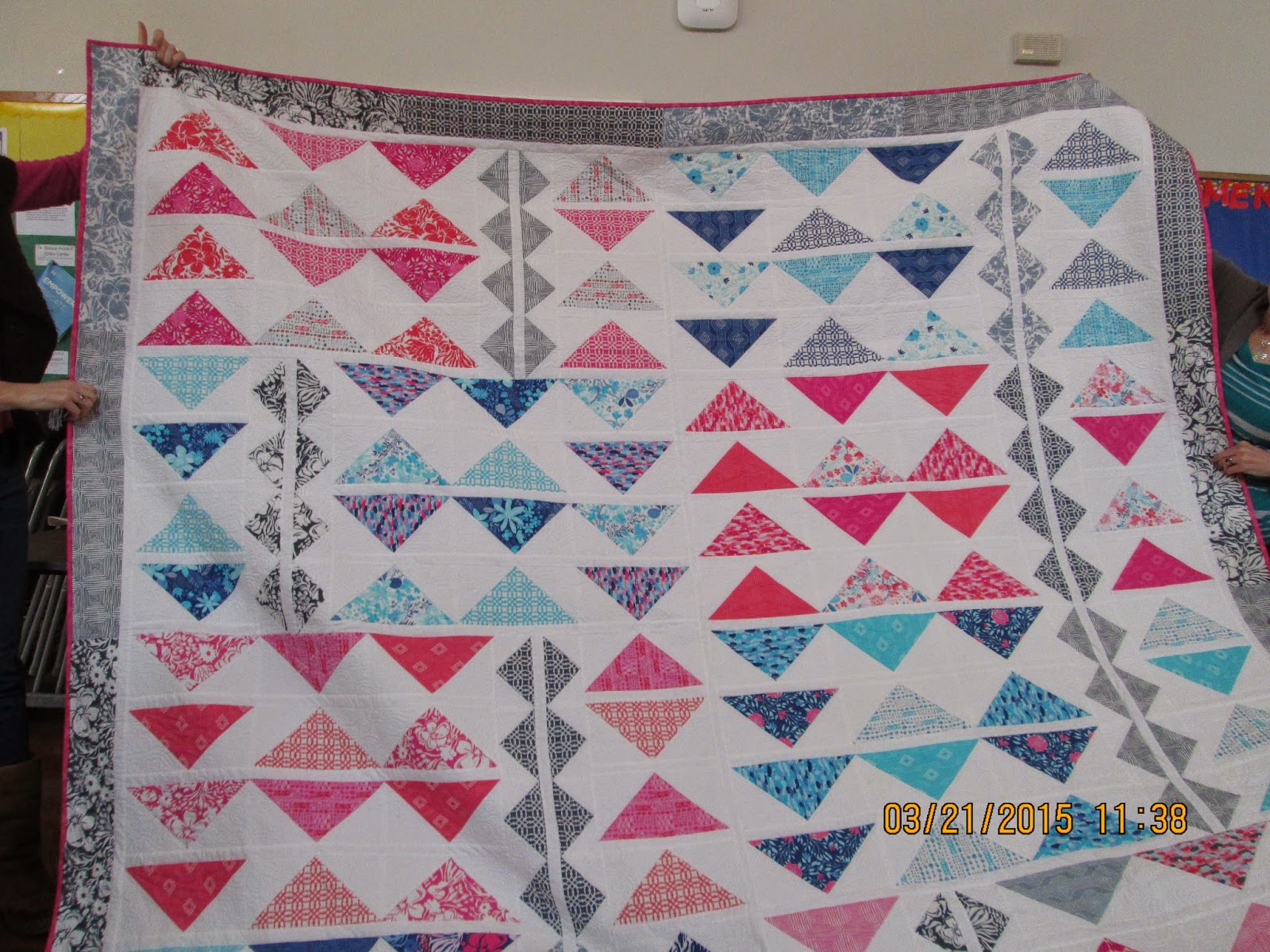 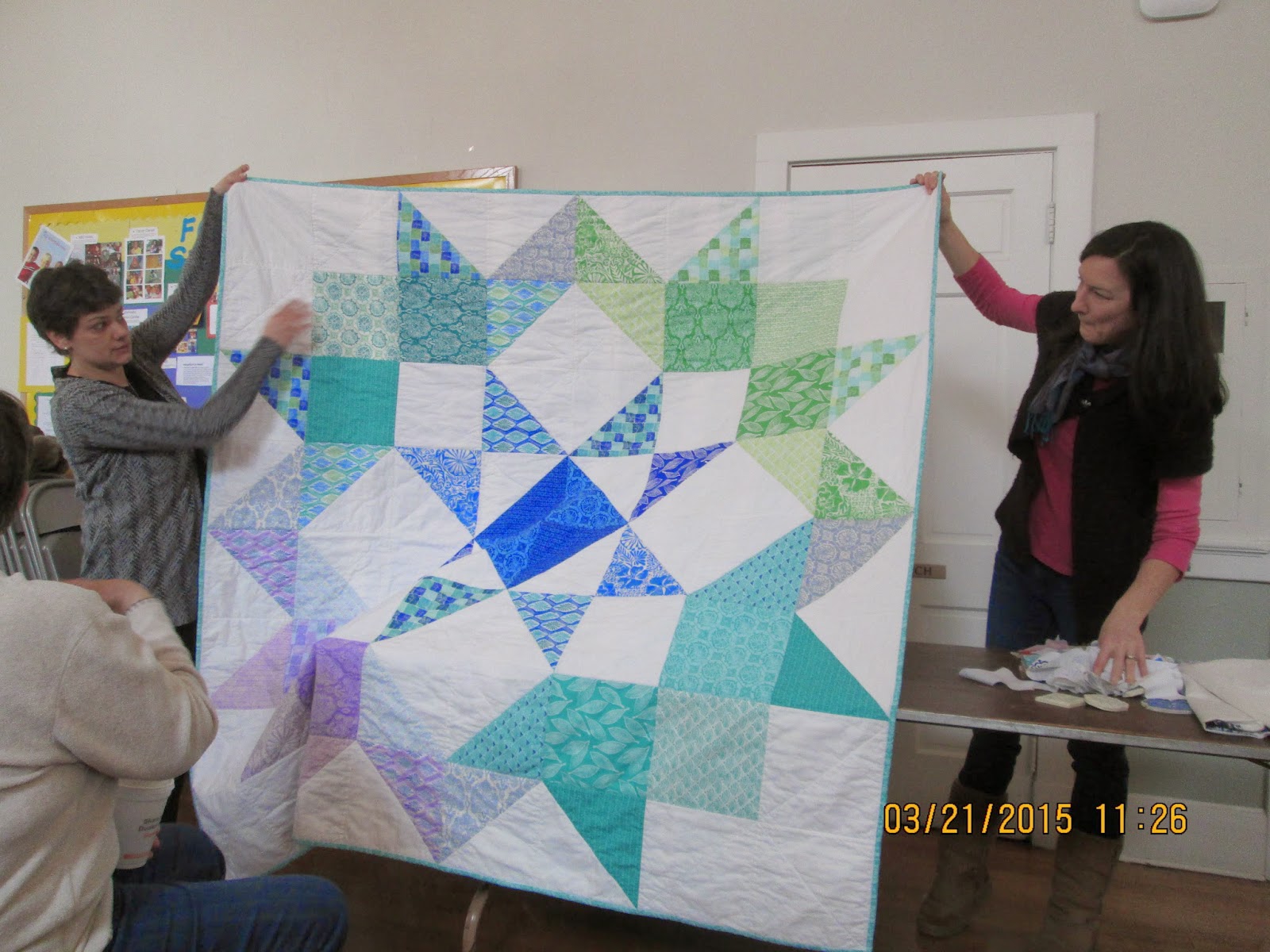 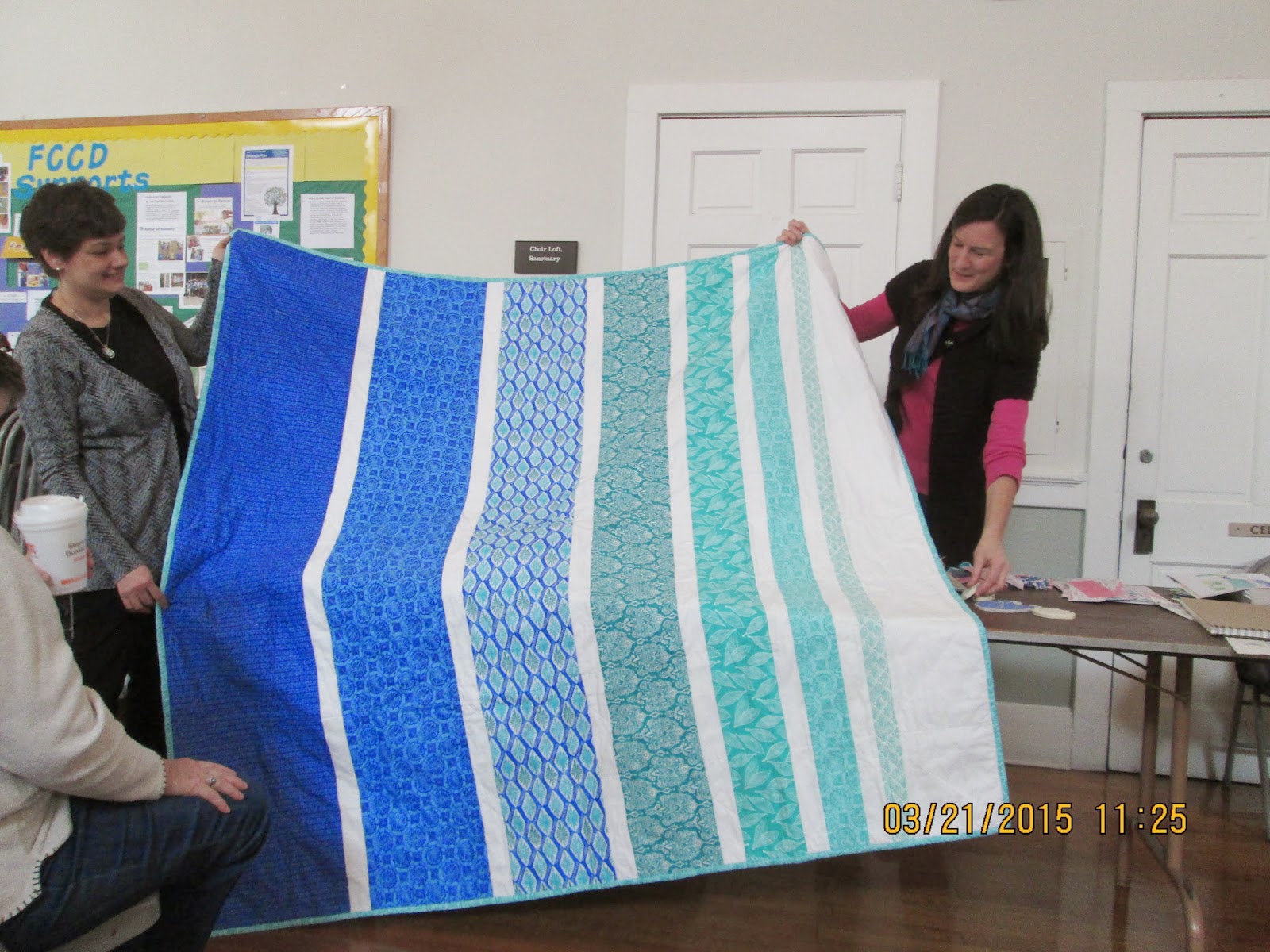 The back is just as interesting. 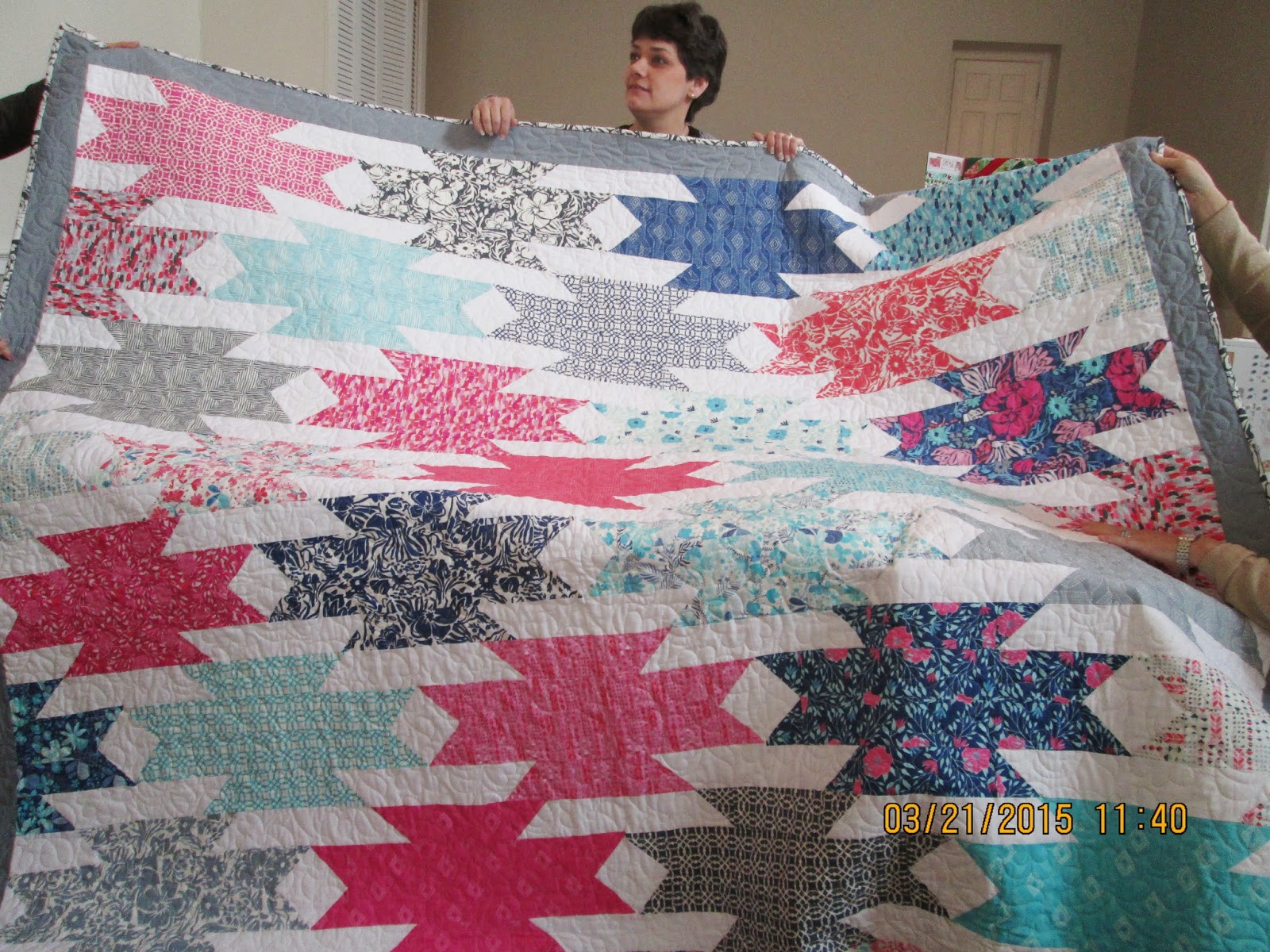 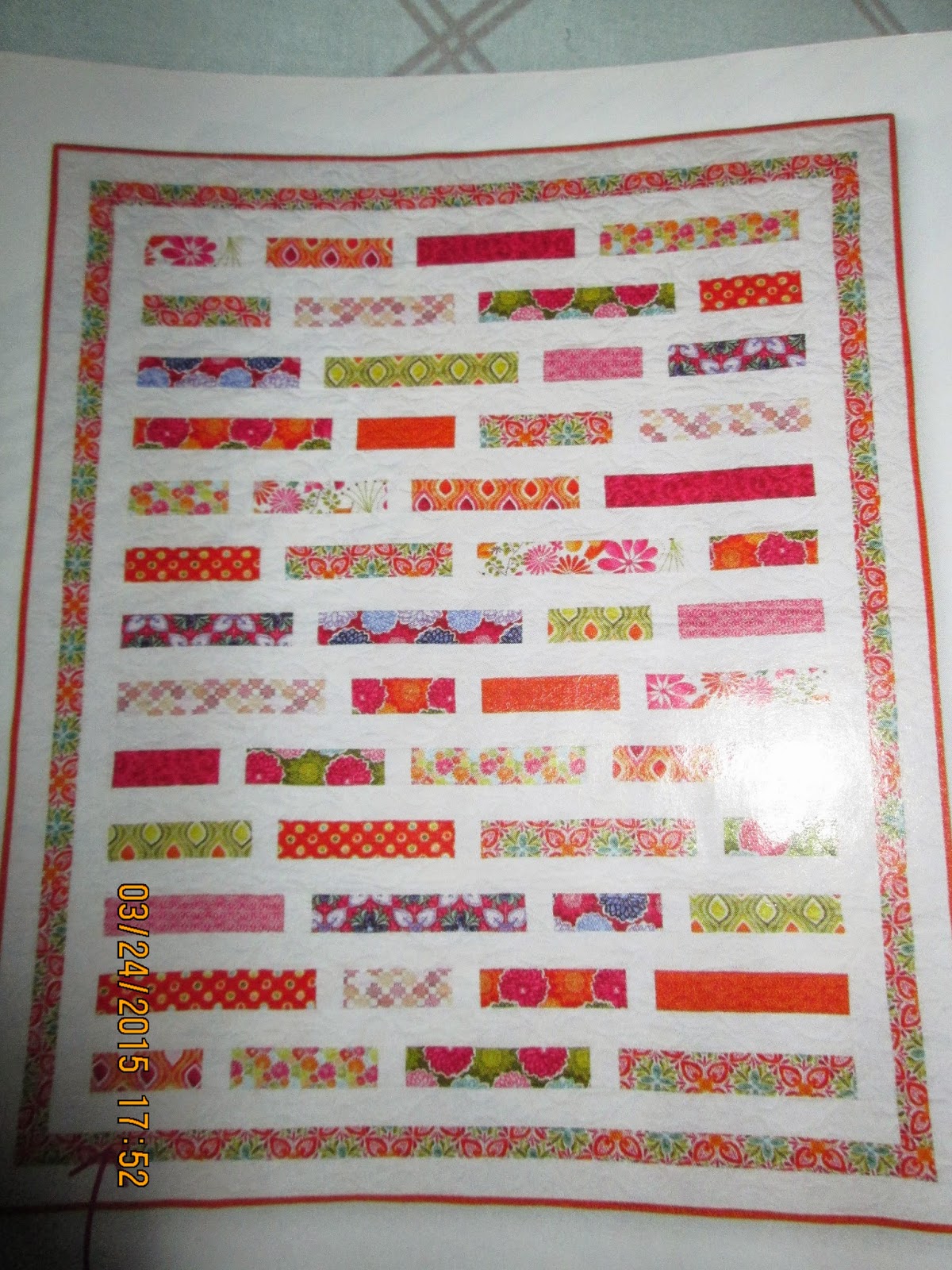 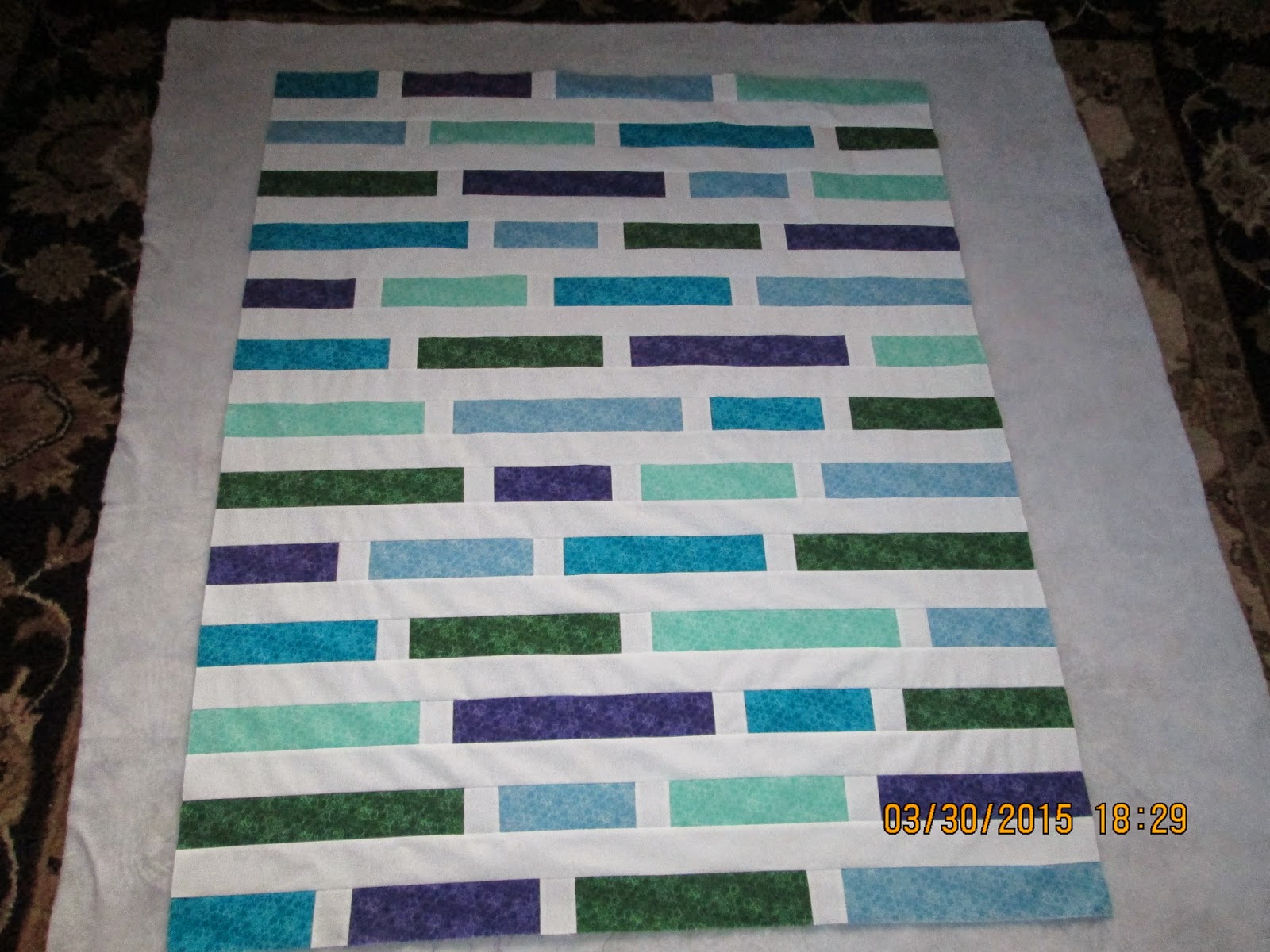 My version uses tone on tone fabrics and will have the cool colors on the front.  I will use purple for the border. I didn't realize the pattern was designed by Kate Spain until I started cutting the fabric.  When Kate saw what I was making, she told me she asked her husband whether he liked the pattern in cool or warm colors and he suggested she use both and make it reversible.  He certainly gave her good advice.