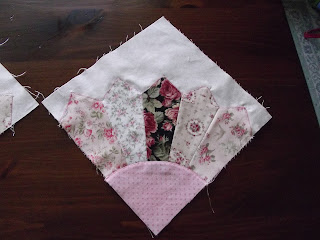 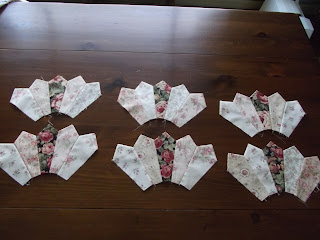 The Basics Charity Challenge at Cara Quilts ended today.  I planned to deliver the personal care items I was donating to our local women's shelter in tote bags.  I already had 2 canvas tote bags I purchased previously, but I needed 3 more.  I found some pale orange denim in my stash that I bought for a Girl Scout project years ago.  Although there are lots of great patterns for totes on the internet, none of them seemed to fit my needs so I came up with my own pattern.  The denim was heavy enough not to need any stabilizer and I finished the inner seams so that I did not need a lining.  I still have plenty of the denim fabric left so I may make a few more and fill them up for the shelter later this year.
I'll be linking up with Barbara At Cat Patches for the February NewFO Challenge
Posted by KatieQ at 9:28 PM