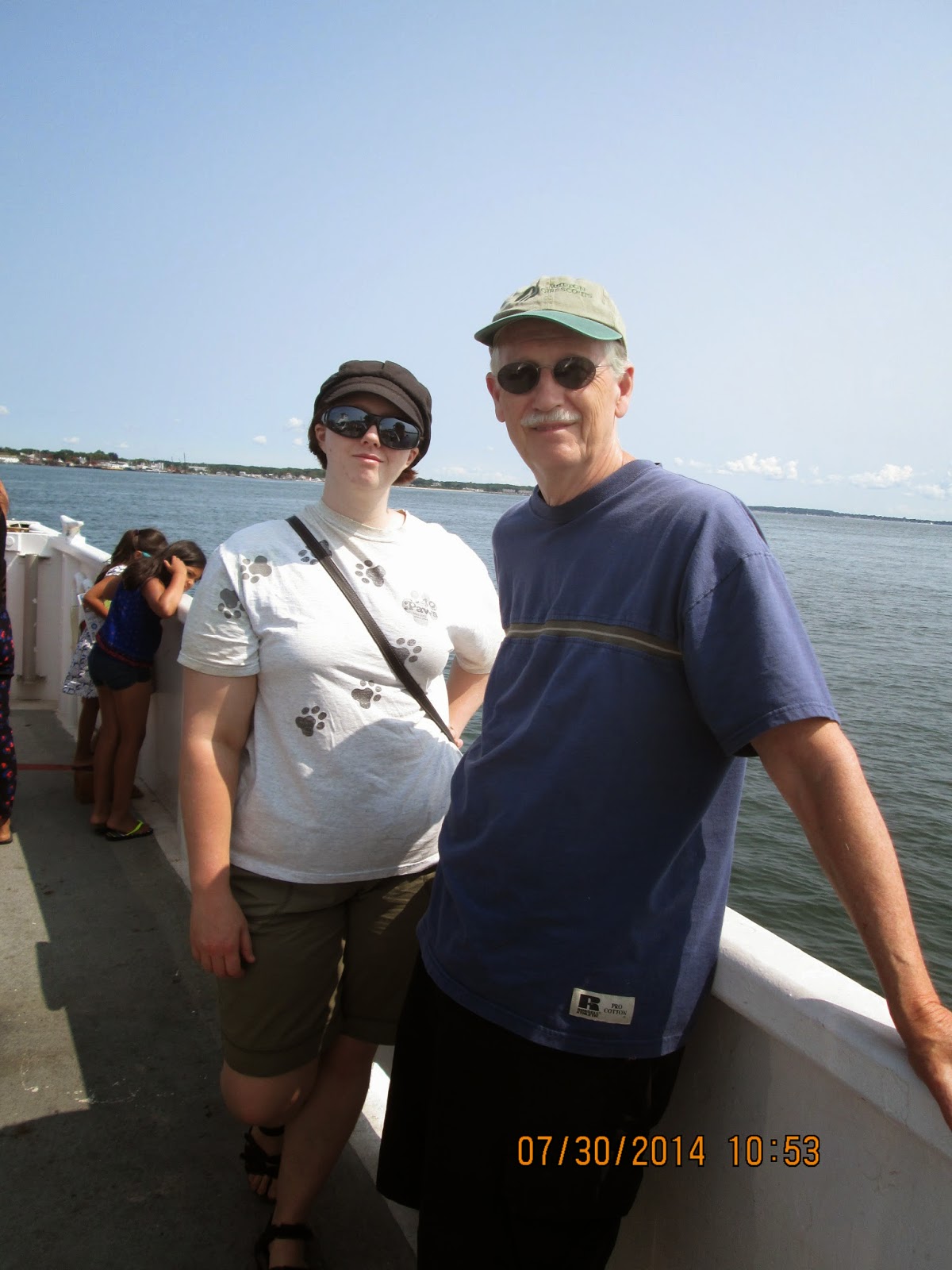 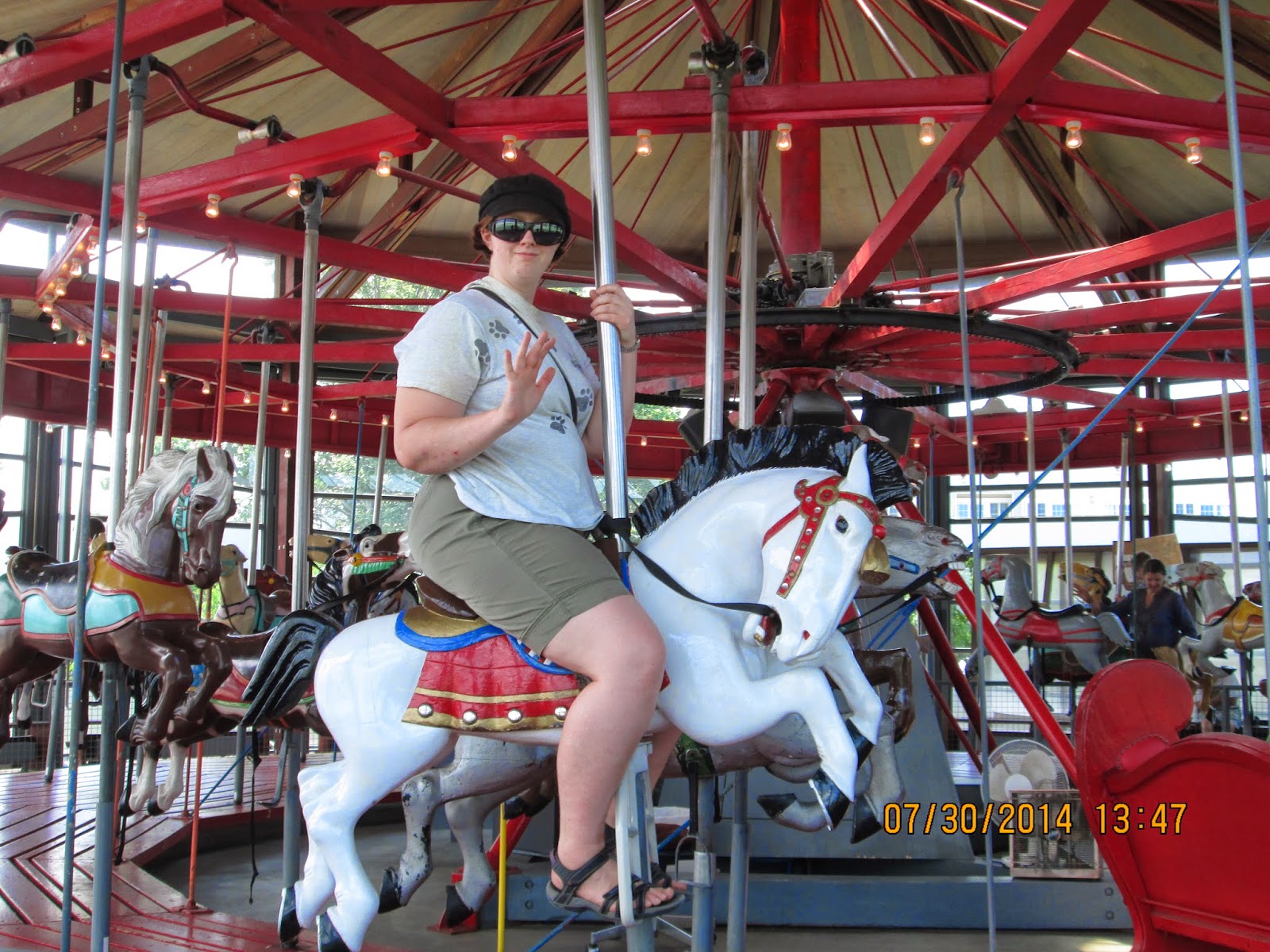 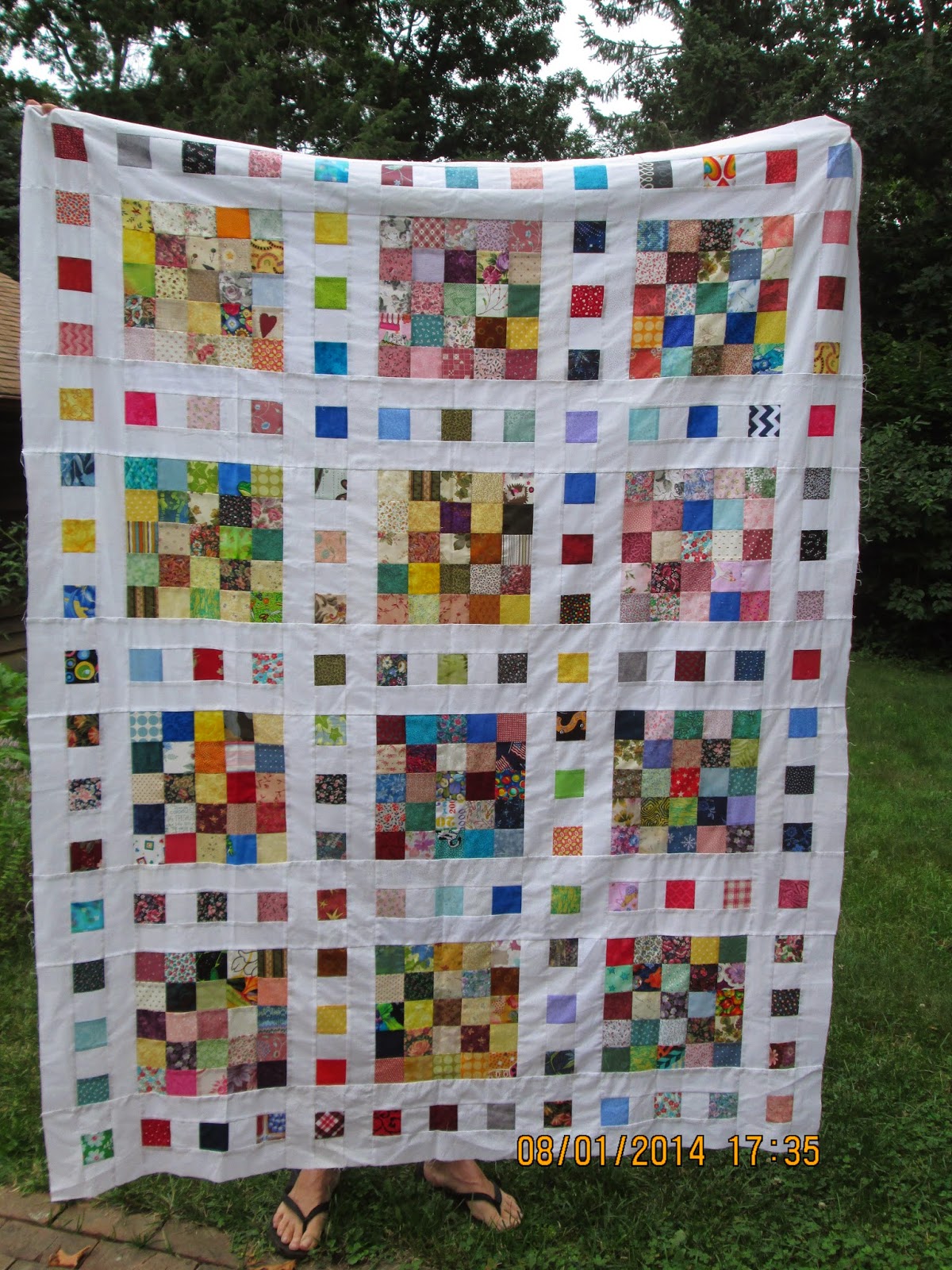 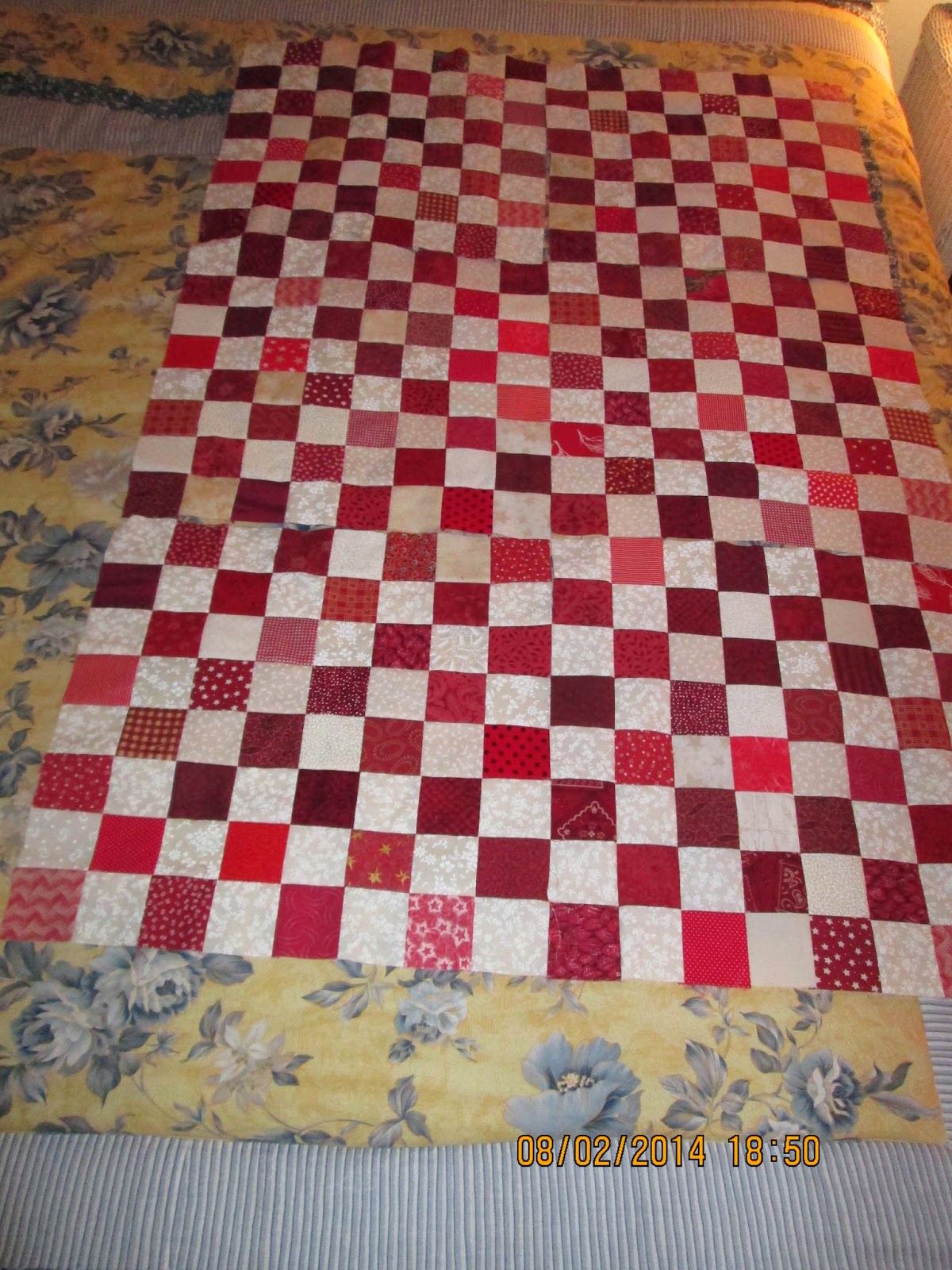 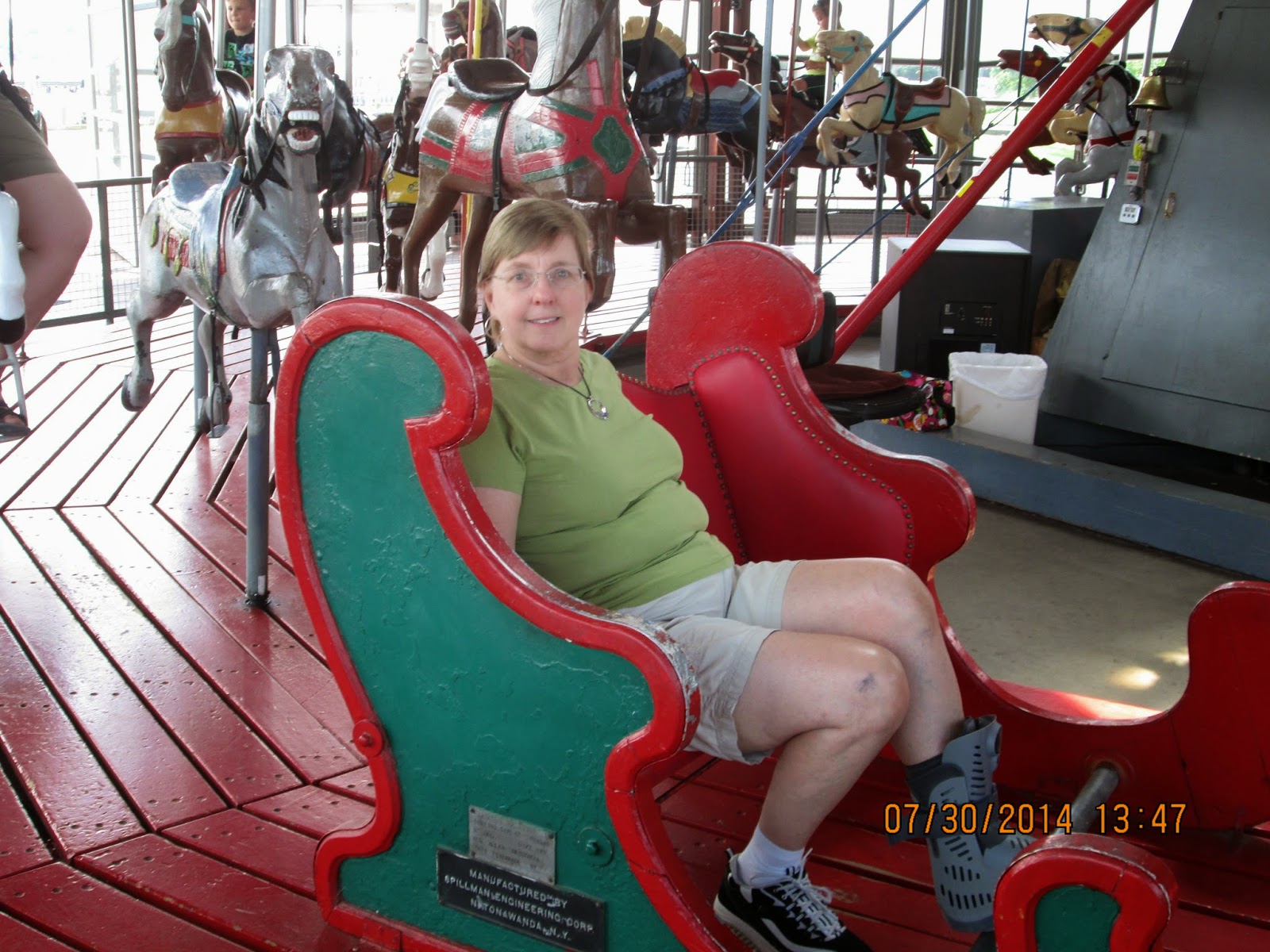 Even though I did not have as much time to sew as I would have liked to, I managed to take my boot on a carousel ride,  finish two quilt tops and thirty nine blocks in July.   That's a total of 489 blocks so far for the year.  I've met my goal for The 350 Blocks Project at Prairie Moon Quilts each month in 2014.  The challenge has really kept me on track.  Hopefully, I can keep working at this rate and finish strong for the year.
Posted by KatieQ at 6:02 PM