Shelly at Prairie Moon Quilts is hosting the 350 Blocks Project.  February's goal was 30 blocks.  Although the month was short, I surprised myself with how much I accomplished.  My block total for February was 96 blocks.

Just in case you don't have any of your own, the following photos are for anyone who enjoys looking at snow.  This is the second time we've had snow this week.  Today's snow is courtesy of Thor.  I think that's a great name for a storm. 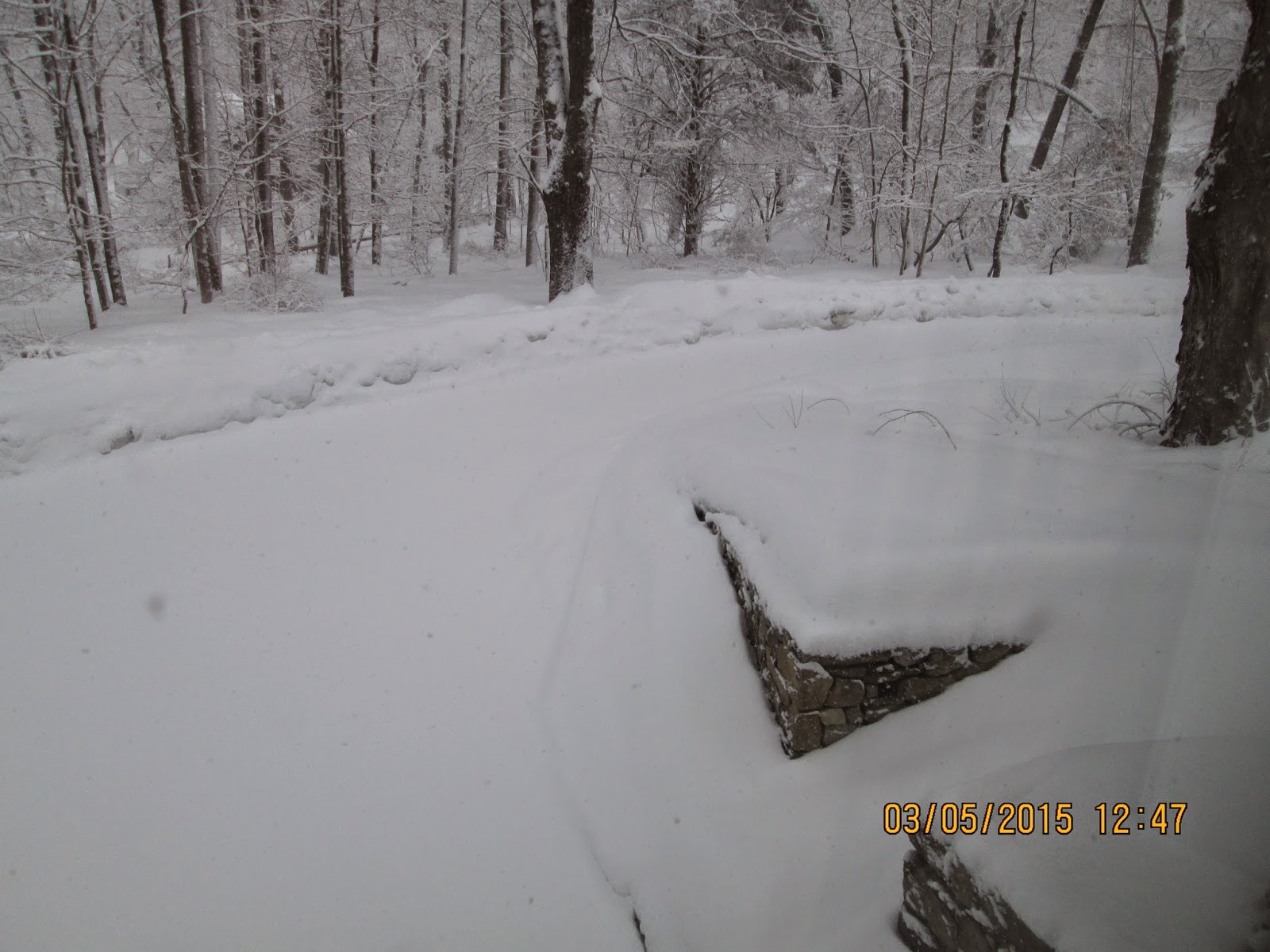 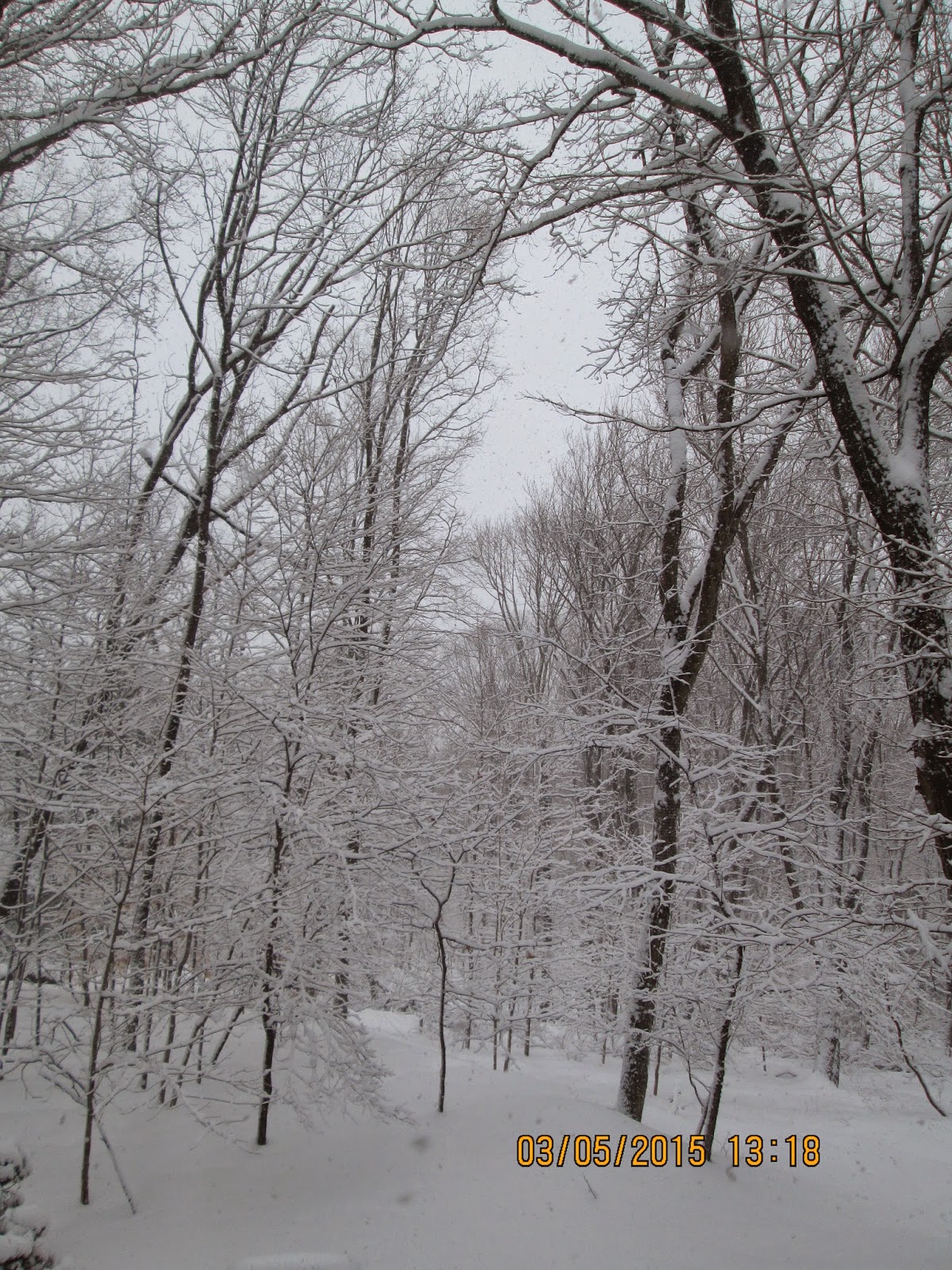 I made 42 nine patch blocks that were turned into three Disappearing Nine Patch Eye Spy quilts.  I tried to capture all three of the quilts in the same shot, but had to settle for two poorly lit photos instead of one. The only real difference in the quilts is that each one has a different blue fabric for the corner stones. 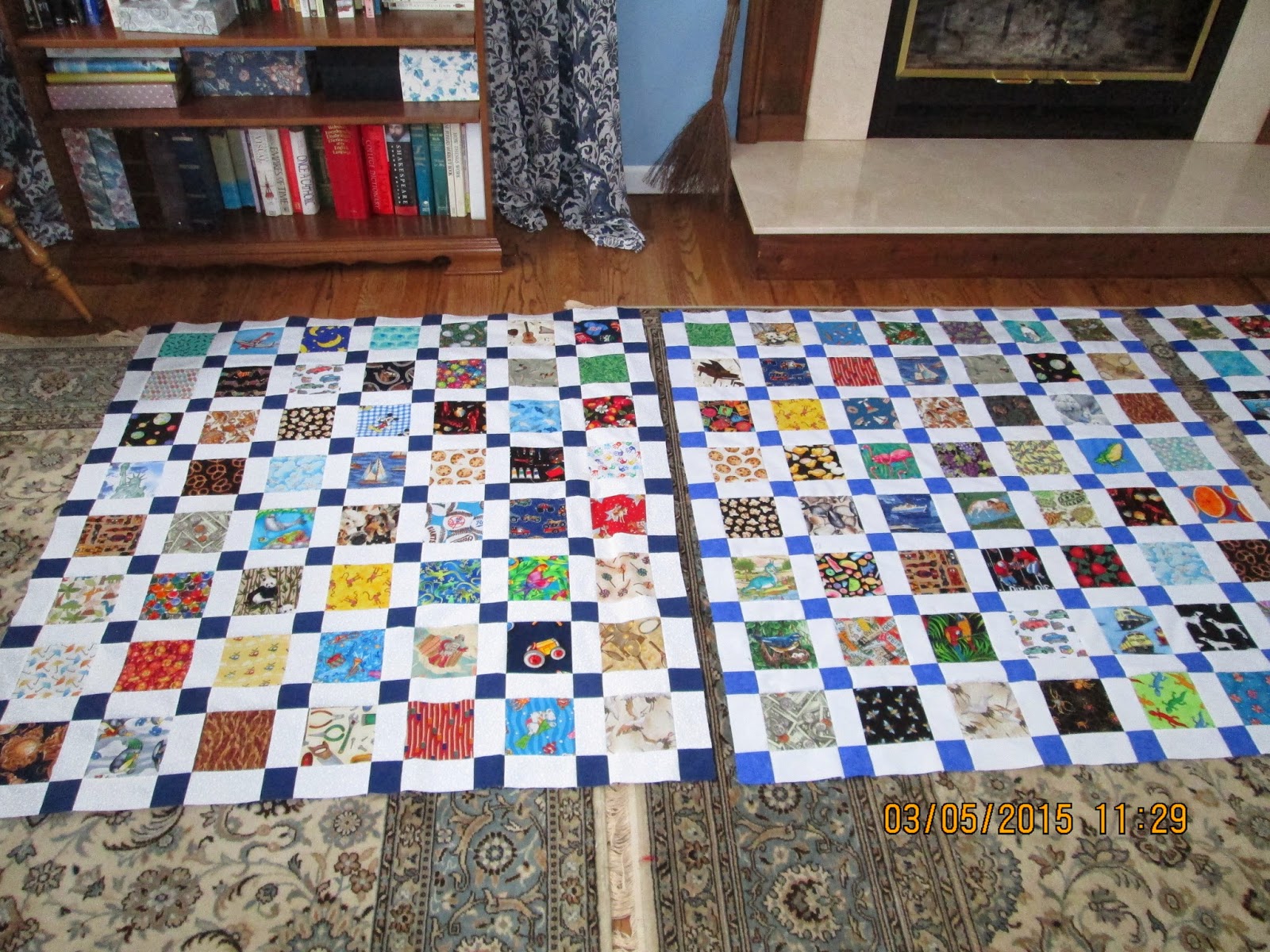 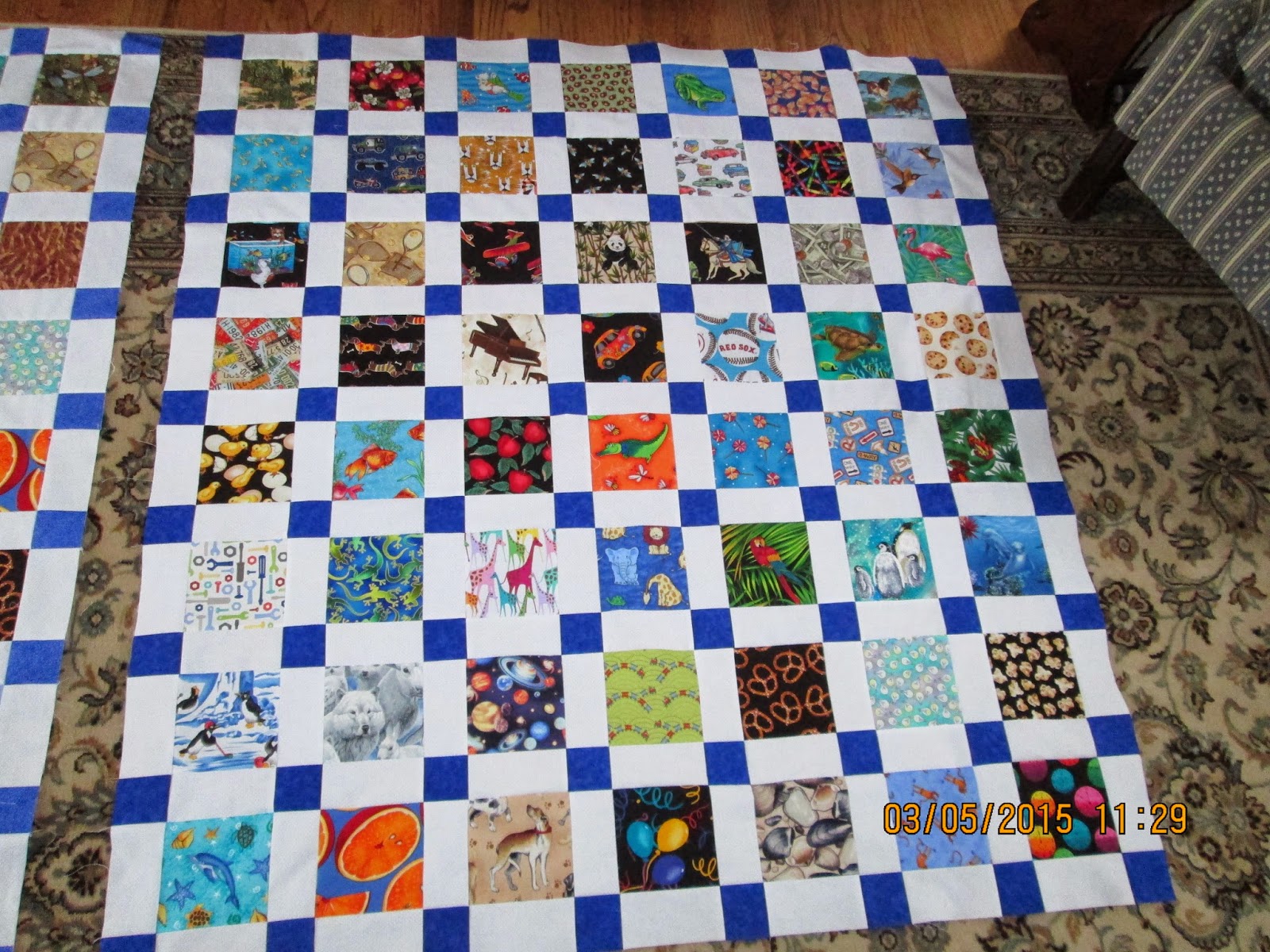 Sarah at Confessions of a Fabric Addict has been hosting the Sweet Sixteen Quilt Along.  She has offered lot of great tutorials for quilts featuring 16 patch blocks.  Sarah sponsors the Hands 2 Help Charity Quilt Challenge.  Sign ups for this fun charity event will begin on March 15th.   After trying out all of the 16 patch tutorials, you can find a great charity group to donate a quilt to.  I made fifteen blue/white sixteen patch blocks and twenty three red/white pinwheel blocks to create the Sixteens and Pinwheels quilt Sarah featured the second week of the quilt along. 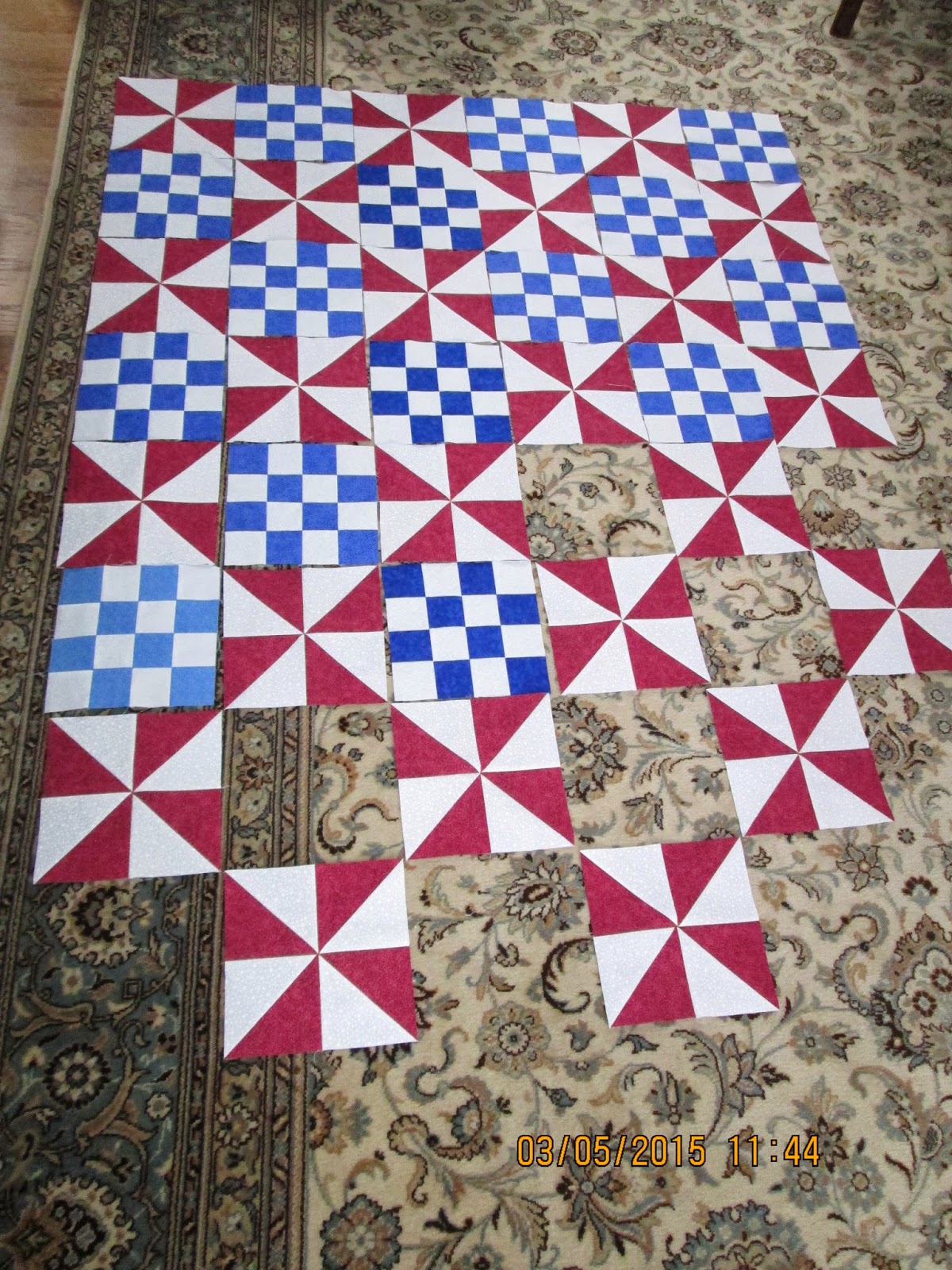 I also made sixteen of the blue/white 16 patch blocks in January, but I'm not sure if I will use them. The blue strips I used last month don't seem to match very well.

I have been working on a Postage Stamp style red/cream quilt.  In February, I made 9 blocks to add to my growing pile. 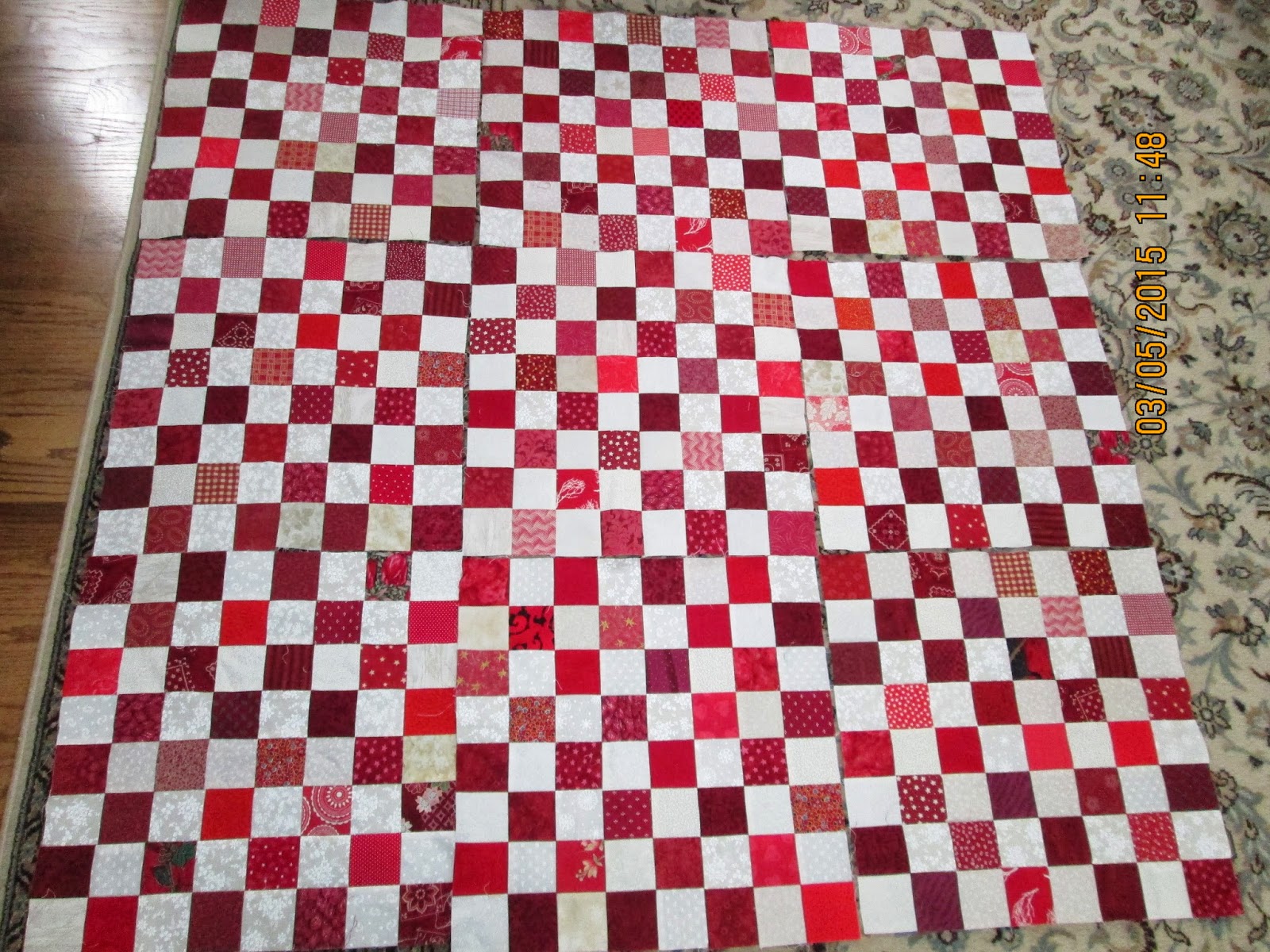 The Rainbow Scrap Challenge color for February was pink and I had just enough pink scraps to make seven blocks. 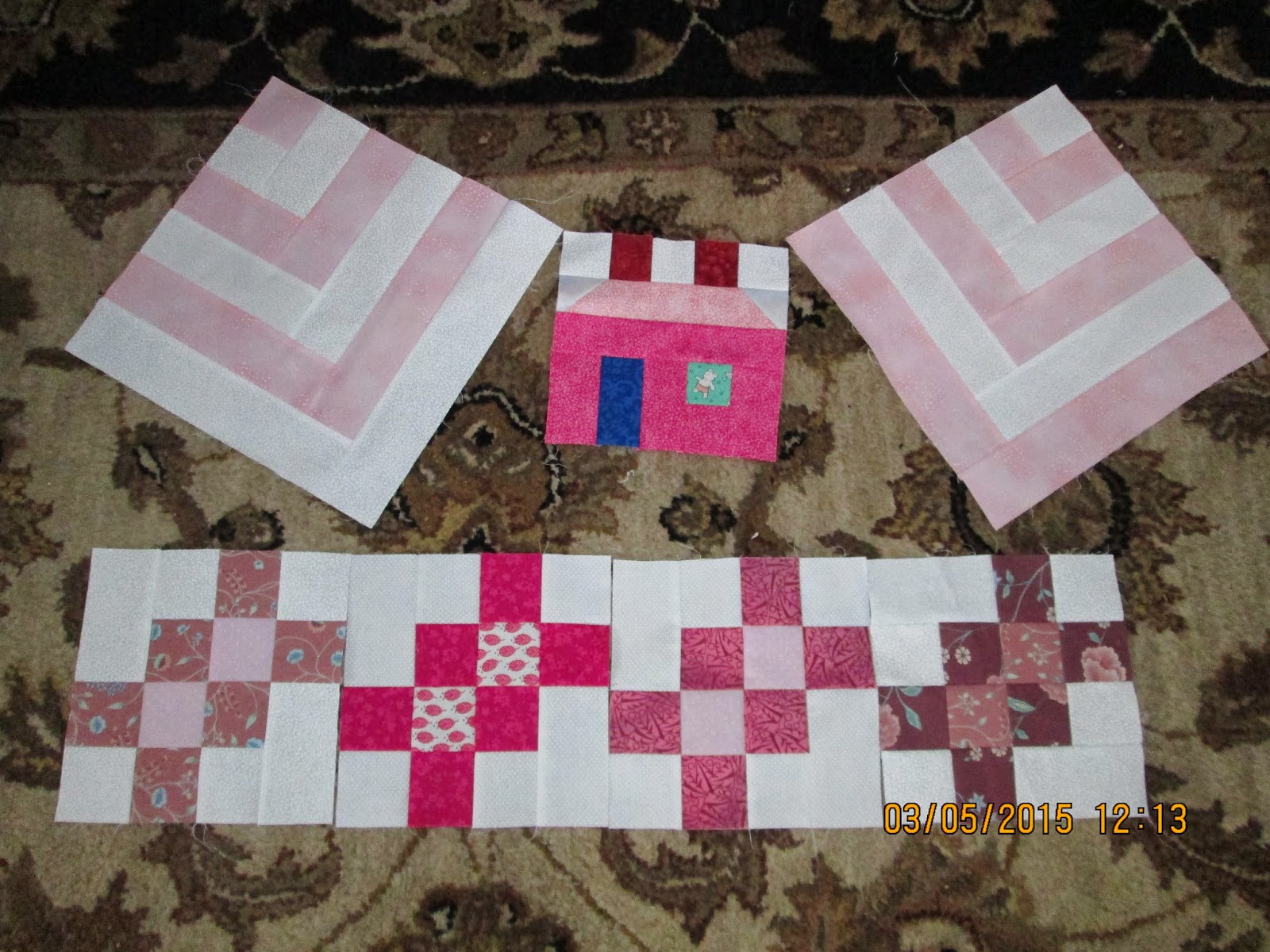 Sharon at Vrooman's Quilts sponsors the Let's Book It Challenge.  The purpose of the challenge is to encourage crafters (she also includes other fiber projects in addition to quilting) to pull out patterns, magazines, and books we have been saving and actually use them to make a project.  All last year, I promised myself I would participate, but never got around to it.  For March, I chose Pat Speth's, The Big Book of Nickel Quilts.  The book is a reissue of earlier versions that were released in 2002 and 2004.   There are 40 projects in the book suitable for five inch scraps.  I chose one that has a lot of sixteen patch blocks that I can strip piece. 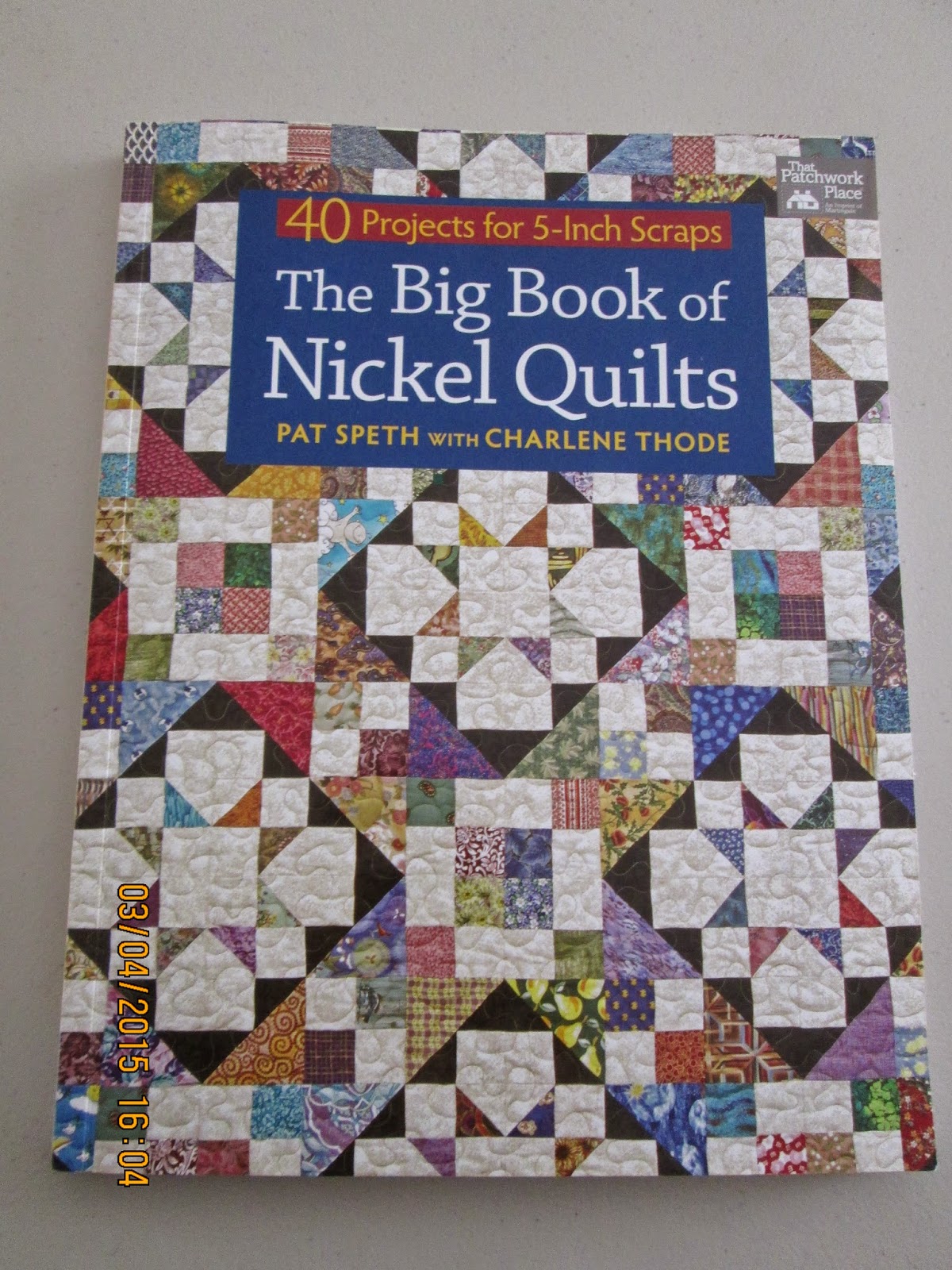 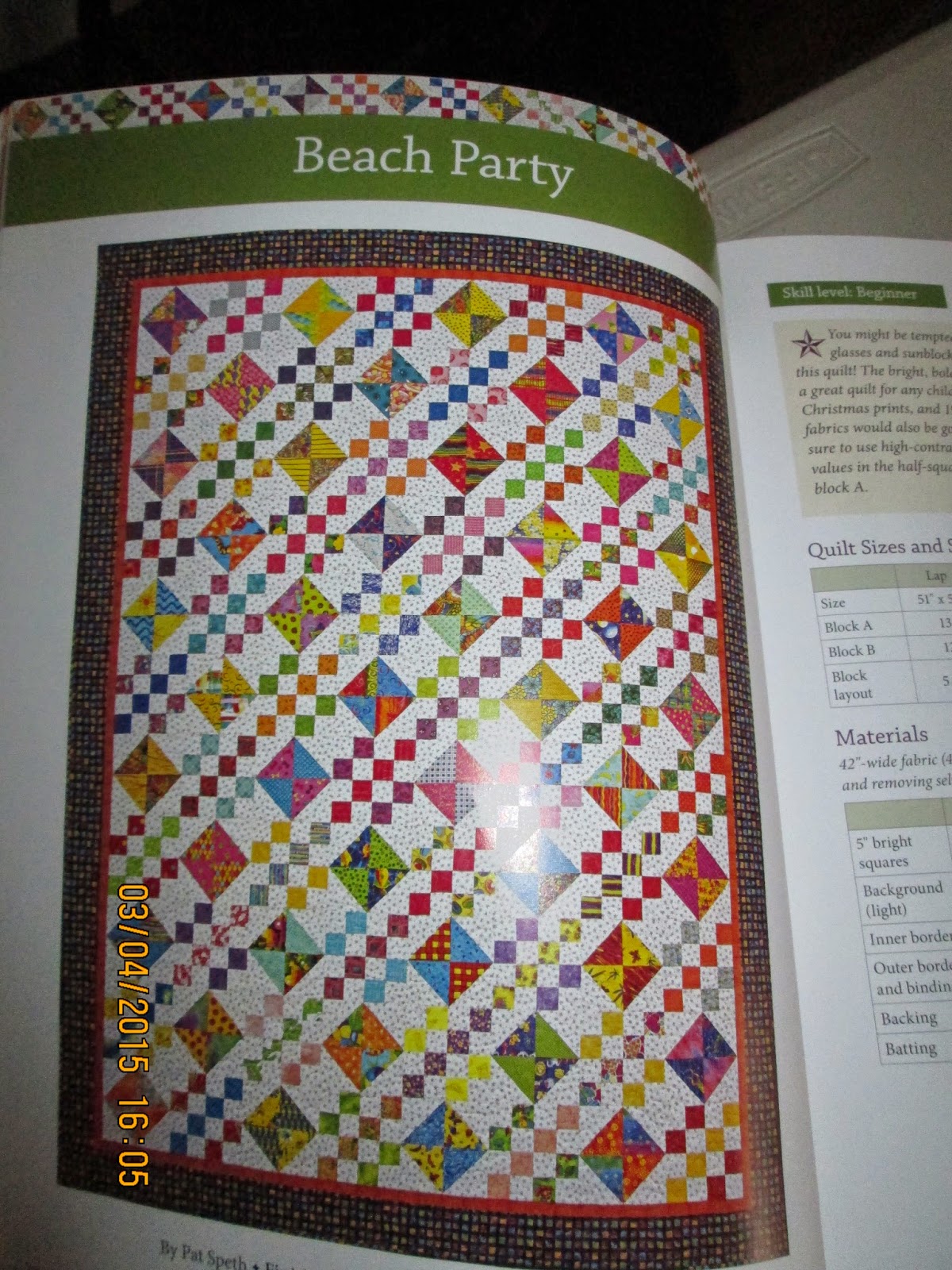 March has come in like a lion.  Hopefully, it will go out like a lamb.
Posted by KatieQ at 10:29 AM